The University of Sheffield has released the very first photos of space ever taken with a telescope that has been made using a 3D printer. 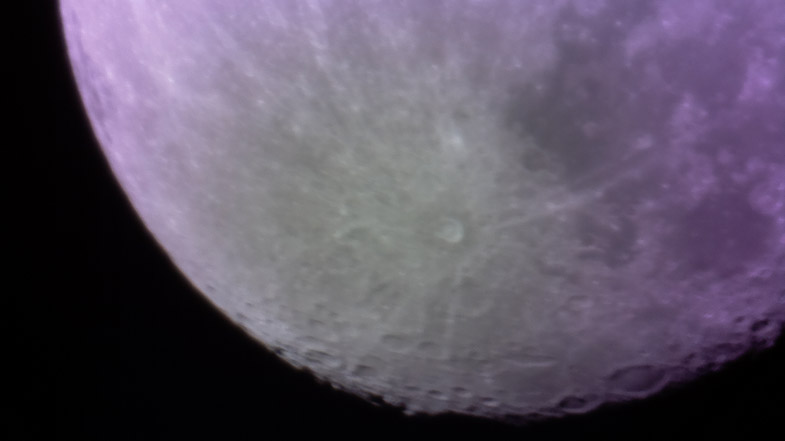 The telescope in question costs just £100 to make and is constructed from parts readily available on the internet.

The entrepreneurs responsible, Institute of Physics member, Mark Wrigley, and University of Sheffield Physics and Astronomy research associate, Andy Kirby, have even made the plans available online so that any budding astronomers can build their own telescope, saving a minimum of £800 compared to models of the same capabilities.

The ground-breaking product, which is based on Isaac Newton’s reflecting telescope design, is called PiKon; a portmanteau made from combining the alternative spelling of ‘icon’, which is Greek for ‘image’, and the name of the readily available Raspberry Pi camera, which sits in the telescope.

The product works by using a Newtonian concave mirror to form an image of whatever the telescope is focussed on directly onto the Pi camera sensor, which is mounted onto components created by 3D printing. Because of the small size of the Raspberry Pi camera, it is possible to mount it directly in front of the mirror.

The PiKon telescope has a magnification of times 160, which means that on a cloudless night it will be capable of detailed lunar observation as well as galaxies, star clusters and some planetary observation.

Subsequent processing of the PiKon’s digital images also makes it possible to use the telescope to ‘stack’ and compare images, therefore scanning the night skies for unusual occurrences, such as comets. 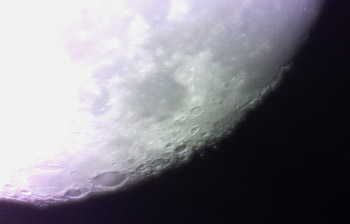 The physicists have unveiled the ambitious project, called Disruptive Technology Astronomy, as part of the University of Sheffield's Festival of the Mind (18-28 September 2014), which has been designed to make academic research accessible to the public, teaming leading academics with famous artists and creatives.

“We hope that one day this will be seen on a par with the famous Dobsonian ‘pavement’ telescopes, which allowed hobbyists to see into the night skies for the first time.

“This is all about democratising technology, making it cheap and readily available to the general public.

“And the PiKon is just the start. It is our aim to not only use the public’s feedback and participation to improve it, but also to launch new products which will be of value to people.”

The Festival of the Mind, which was also held two years ago in 2012, is the brainchild of Professor Vanessa Toulmin, Head of Engagement at the University of Sheffield and Director of the National Fairground Archive.

Continuing the theme of space, the Festival also featured a live musical performance by 150 musicians of Gustav Holst’s symphonic suite ‘The Planets’ in a pop-up planetarium.

The performance, which was conceived by acclaimed University of Sheffield Concerts Producer, Stewart Campbell, took place in the University’s eight sided Octagon Centre, where images provided by NASA were projected onto the walls, creating a unique, immersive 360o experience.

In total, the schedule includes over 150 city-wide events, 100 academics and over 150 artistic collaborators and is designed around the themes of change, chaos, global, joy, resilience and urban.

Other events at the Festival include:

Festival Director, Professor Vanessa Toulmin, said: “The Festival of the Mind is all about being creative in order to make complicated subjects accessible to the public. We want people to witness how captivating knowledge and learning can be.

“However, none of our projects will over-simplify or ‘dumb-down’ complex thinking and processes – we would never patronise the public by assuming a level of ignorance. Instead, we want to educate and celebrate exploring the unknown.

“It’s fantastic that both the University of Sheffield and our partners, Sheffield City Council, Arts Council England and the Wellcome Trust, understand the importance of allowing knowledge to flow out of the university and into the city it inhabits and vice versa.

“This could easily become a template for other universities, both in the UK and abroad.”

Festival of the Mind will showcase ground-breaking collaborations between leading academics from the University of Sheffield and local people in the creative and cultural industries, at venues across the city.

Any budding astronomers wishing to make their own PiKon telescope should visit: www.thingiverse.com