New students applying to the University of Sheffield receive outstanding support according to Times Higher Education. 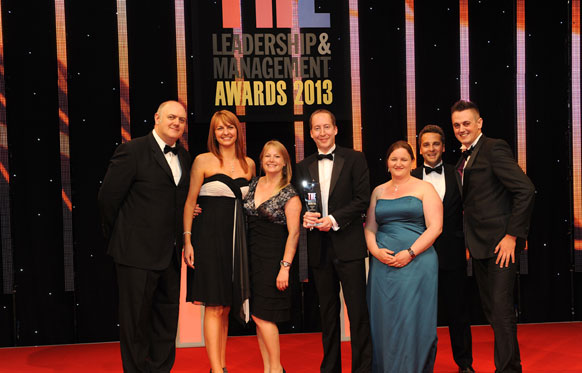 The University's Admissions Service has been recognised as an 'Outstanding Student Admission Team' at the Times Higher Education Leadership and Management Awards 2013.

With a number of policy changes taking effect in 2012, including the introduction of £9,000 tuition fees, university offices faced their most challenging year in living memory.

However, the University of Sheffield's Admissions Service were able to provide exceptional support for applicants, despite these significant changes, after overhauling their systems to ensure a swift and efficient provision.

In 2011-2012 the University's dedicated enquiry service – the Applicant Information Desk – processed more than 30,000 enquiries and responded to more than 20,000 emails and 8,000 telephone calls with a target response time of 48 hours.

The Applicant Information Desk was launched in October 2011 to deal with questions from students, parents and teachers regarding applications. The admissions team also worked closely with the University's IT service to create a paperless, more cost effective and sustainable postgraduate admissions system, paving the way for the forthcoming services for undergraduates, UG online.

Alan Carlile, Head of Admissions at the University of Sheffield, said: "'This award means a lot to the team.

"In admissions, we are often at the sharp end - seeing the early impact of sector-wide changes.

"To be recognised as outstanding in this field is really pleasing and recognises the excellent admissions work being completed across the University in academic departments and professional services."

Judges also praised the University for the launch of its innovative Disrupted Studies Scheme which is run by a senior admissions officer and allows students to inform the institution about any circumstances that may have affected their academic achievement, such as bereavement, care duties, a long-standing medical condition or illness.

The lead judge in the category, Ken Sloan, Registrar and Chief Operating Officer of the University of Warwick, said the scheme should be commended for promoting efforts to widen participation and allowing students to provide more context about specific difficulties they had faced.

"The combination of initiatives in admissions meant the University of Sheffield is an excellent winner here."

Now in their fifth year, the Times Higher Education Leadership and Management Awards are a highlight of the academic calendar and a celebration of the best of the sector.

For more information about the University's Admissions Service visit Aid