The fashion for wearing replica football shirts was driven by fans rather than manufacturers, research shows 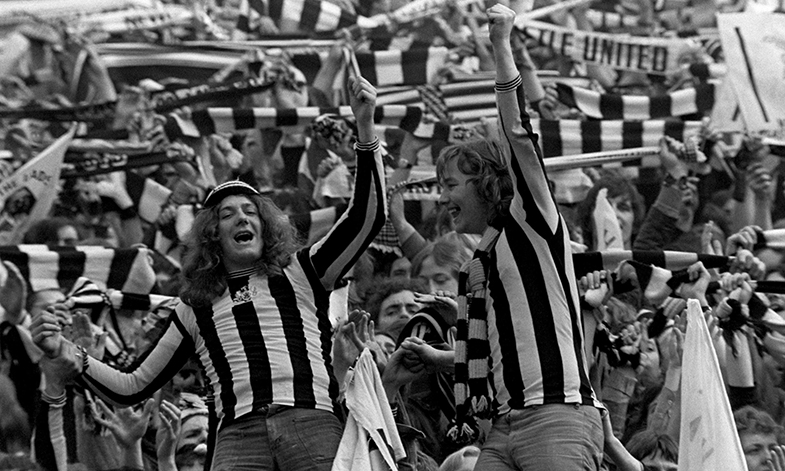 The fashion for adult fans wearing replica shirts – now an integral part of football’s visual and economic landscape – was initially created by fans rather than by manufacturers or marketing, according to new University of Sheffield research, published in the journal Sport in History.

Using a statistical analysis of crowd photographs, manufacturer and club shop adverts, and a survey of over 4,000 fans, Dr Chris Stride, a statistician from the University’s Institute of Work Psychology, found that the first big surge in replica shirt wearing pre-dated the more commonly cited moments for football’s revival, such as the 1990 World Cup and the formation of the Premier League.

Though replica shirts have been produced since the late 1950s, they were initially produced and promoted for children. In the early 1970s, kit manufacturers forged contracts with clubs and introduced copyrighted designs, allowing them to market their shirts with the added appeal of being exclusive and authentic. This led to a boom in the child replica kit industry.

However adult sizes were not widely produced, and even more rarely worn as leisurewear. Wearing sports clothing in public still seemed odd to some adults and childish to others. The exception was at cup finals, where replica shirts became part of the big game fancy dress tradition. 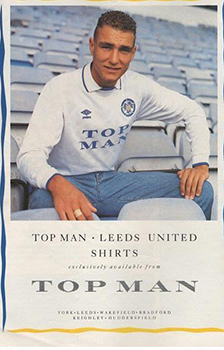 The study found that, by the early 1980s, a small number of fans began to wear replica shirts to matches more regularly – mostly young adults who had grown up with replica kits, and who were wearing large youth sizes. However, the fashion didn’t spread beyond a small subculture for most of the decade, due to lack of production or promotion of adult sized shirts, the risk of being attacked at a match, and the absence of football merchandising infrastructure.

In the late 1980s there was surge in replica shirt purchasing and wearing, linked both to the decline in hooliganism and the increased fashionability of football - which, due to the rise of football fanzine culture and fan activism, was now considered hip again by young adults. This change in football’s fortunes was boosted again by the 1990 World Cup, during which thousands of replica-clad fans were seen both at home and at the tournament.

Such wider adoption encouraged clubs to strike far more lucrative shirt deals with kit manufacturers who, eager to recoup that outlay, now produced larger adult sizes and marketed their goods proactively to all ages of adult fans. This commercialisation chimed perfectly with the introduction of the Premier League, and the focus on new, older, middle-class and family-centered fan demographics, creating a second jump in the numbers wearing replica shirts to matches.

Dr Stride said: “Several factors were behind the shift from child to adult sales: it was as much the gradual removal of barriers such as widespread hooliganism, the growth and professionalisation of retail outlets for football merchandise, and the sense that sportswear was acceptable leisurewear for adults as well as for children, that enabled the replica shirt industry to develop.

“The timeline for the adoption of replica shirts maps neatly onto the gentrification of football as a whole. Just as the fan activism of the late 1980s helped create the initial, though oft-ignored revival in football’s fortunes prior to the formation of the Premier League, the surge in shirt wearing by young adults in this period helped create a market that manufacturers then exploited and expanded.,”

Read the paper in Sport in History

Dr Stride is speaking on the adult adoption of replica kits on Monday 25 February 2019, at 5.30pm, at the University of London. Free entry.
For more information visit https://alondonjournal.net/2019/02/19/sport-leisure-history-seminar-2019-4/ or www.history.ac.uk/events/event/17644

Watch a short film about the adult adoption of replica shirts