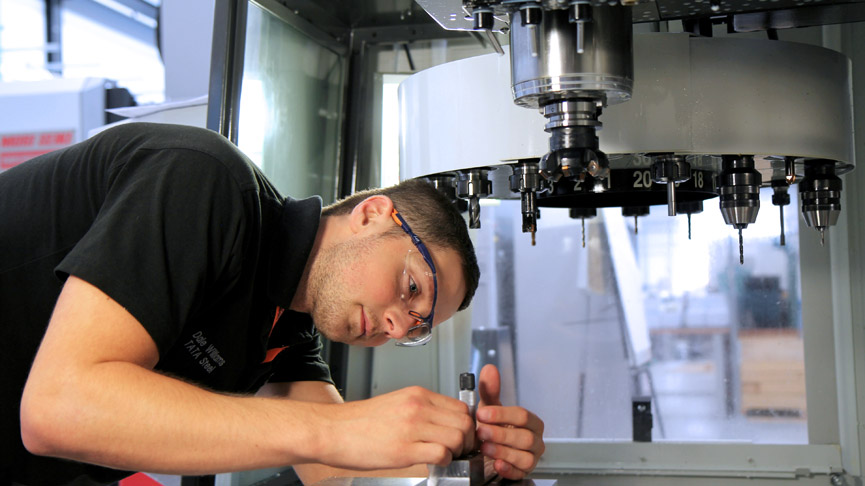 "What we are witnessing in China is a clear interest, not only in the advanced manufacturing research capabilities of the United Kingdom, but in the way our Advanced Manufacturing Research Centre (AMRC) has developed the very highest quality manufacturing engineering training using an apprentice model.

I would like to see the UK not only exporting products, but also understanding the tremendous advantage of sharing the best in apprentice education and creating a global gold standard, ideally through the establishment of a Royal College of Apprentices.

"The UK is rightly known around the world for its excellent academic programmes in science and engineering, but all advanced manufacturing economies also need engineers and technicians who have a deep understanding of the high-value manufacturing process and understand how productivity really works in a research-led industrial setting.

"This is what our industrial partners told us they wanted in Sheffield, and we responded to that need. We now have 600 advanced apprentices and a first cohort going into advanced manufacturing degrees which continue this balance between vocational experience and the highest quality engineering education. Moreover, these young people are already employed by the best engineering firms and so they are not accruing student debt. It is a brand new approach to developing a different kind of engineer."

The AMRC approach to apprentices has been endorsed by the Director of Global Manufacturing for Rolls-Royce, Hamid Mughal. He said: "If I had a hundred choices about where to become an engineer, I would choose this. In the future, when people ask what the AMRC produced, they will say it made a new kind of engineer."

Sponsoring companies such as Boeing have also acknowledged the unique way that the AMRC embeds apprentice training in the very latest research environment.

Speaking today, Sir Keith said: "What is clear from Beijing to Boston is that there is a greater need beyond the need for scientists and engineers with conventional training. We also need the superb technicians who can make and repair our mass spectrometers, or the engineers who will be able to translate concepts and research into designs which work in a factory setting. Our partner universities here in China are telling me that this kind of advanced technical education is a priority for them as it sits well with China's ambitions in advanced manufacturing.

"The government is rightly placing more emphasis on apprentices, but we need to get the quality right. I would like to see the UK not only exporting products, but also understanding the tremendous advantage of sharing the best in apprentice education and creating a global gold standard, ideally through the establishment of a Royal College of Apprentices."

The University of Sheffield is home to two of the UK's national translational research centres - the Advanced Manufacturing Research Centre (AMRC) and the Nuclear AMRC. With over 100 member companies, the AMRC also includes the AMRC Training Centre which is so far home to 600 advanced apprentices, each sponsored by advanced manufacturing companies.

The University of Sheffield is the first UK research-led university to offer full advanced manufacturing degrees as part of an apprentice route - a pilot programme it has developed with the support of the Higher Education Finding Council for England (HEFCE).

On 19 October, Sir Keith will be speaking alongside the Business Secretary Sajid Javid MP on the subject of advanced vocational education and UK productivity. The event will also include a case study of current apprentices, including Russell Fox - University of Sheffield AMRC apprentice and Boeing Apprentice of the Year.

Vice-Chancellor Professor Sir Keith Burnett is a senior advisor to China on language and culture and the Chair of the Sheffield Model Confucius Institute. He is a regular contributor to the UK China debate on innovation and partnership in education, industry and health.

To find out more about our relationship with China visit: www.sheffield.ac.uk/sheffieldinternational/china