Alcohol is associated with 2.8 million deaths each year worldwide 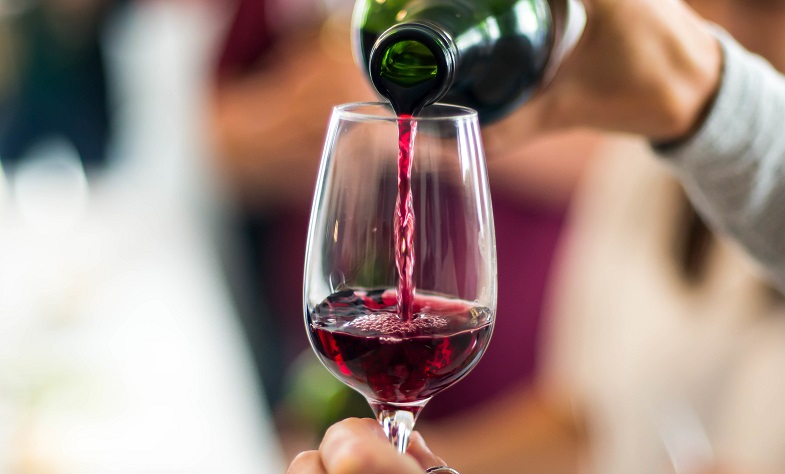 Alcohol is a leading risk factor for death and disease worldwide, and is associated with nearly one in 10 deaths in people aged 15-49 years old, according to a new study involving researchers from the University of Sheffield.

The Global Burden of Disease study, published in The Lancet, estimates levels of alcohol use and health effects in 195 countries between 1990 and 2016.

Based on the analysis, authors of the international study suggest that there is no safe level of alcohol consumption as any health benefits of alcohol are outweighed by its adverse effects on other aspects of health, particularly cancers.

Alcohol has a complex association with health, affecting it in multiple ways. Regular consumption has adverse effects on organs and tissues, acute intoxication can lead to injuries or poisoning, and alcohol dependence may lead to frequent intoxication, self-harm or violence. Some previous research has suggested that low levels of consumption can have a protective effect against heart disease and diabetes.

Colin Angus, from the University of Sheffield’s Alcohol Research Group and one of the study authors, said: “This study represents the most comprehensive effort to date to estimate the impact that alcohol has on drinkers' health around the world.

“Alcohol was responsible for 32,000 deaths in the UK in 2016 and the findings highlight the substantial burden that alcohol places on society – particularly people aged 15-49 for whom alcohol is the leading cause of avoidable death globally.”
He added: “The research also found that any level of alcohol consumption is associated with an increased risk of ill health, even after accounting for the fact that moderate drinking may protect against heart disease.

“However, it is important to note that many everyday activities, such as driving, carry risks which we deem to be acceptable – studies like this one can help people make more informed choices about which risks they wish to take.”

The study used data from 694 studies to estimate how common drinking alcohol is worldwide and used 592 studies including 28 million people worldwide to study the health risks associated with alcohol [2] between 1990 to 2016 in 195 countries. In the study, a standard alcoholic drink is defined as 10g alcohol [1].

Lead author, Dr Max Griswold from the Institute of Health Metrics and Evaluation at the University of Washing USA, said: “Previous studies have found a protective effect of alcohol on some conditions, but we found that the combined health risks associated with alcohol increase with any amount of alcohol.

“In particular, the strong association between alcohol consumption and the risk of cancer, injuries, and infectious diseases offset the protective effects for ischaemic heart disease in women in our study. Although the health risks associated with alcohol starts off being small with one drink a day, they then rise rapidly as people drink more.

“Policies focussing on reducing alcohol consumption to the lowest levels will be important to improve health. The widely held view of the health benefits of alcohol needs revising, particularly as improved methods and analyses continue to shed light on how much alcohol contributes to global death and disability.” [4]

Drinking patterns varied globally [5], the highest number of current alcohol drinkers was in Denmark (95.3 per cent of women, and 97.1 per cent of men) while the lowest were in Pakistan for men (0.8 per cent) and Bangladesh for women (0.3 per cent). Men in Romania and women in Ukraine drank the most (8.2 and 4.2 drinks a day respectively), whereas men in Pakistan and women in Iran drank the least (0.0007 and 0.0003 drinks a day respectively).

The authors found that there was only a protective effect between alcohol and ischemic heart disease, and there were possible protective effects for diabetes and ischemic stroke but these were not statistically significant. The risk of developing all other health problems increased with the number of alcoholic drinks consumed each day.

Combining these findings, the protective effect of alcohol was offset by the risks and overall the health risks associated with alcohol rose in line with the amount consumed each day. Therefore, the authors conclude that there is no safe level of alcohol.

Specifically, comparing no drinks with one drink a day the risk of developing one of the 23 alcohol-related health problems was 0.5 per cent higher – meaning 914 in 100,000 15-95 year olds would develop a condition in one year if they did not drink, but 918 people in 100,000 who drank one alcoholic drink a day would develop an alcohol-related health problem in a year.

Professor Emmanuela Gakidou, Institute for Health Metrics and Evaluation, University of Washington, USA, says: “Alcohol poses dire ramifications for future population health in the absence of policy action today. Our results indicate that alcohol use and its harmful effects on health could become a growing challenge as countries become more developed, and enacting or maintaining strong alcohol control policies will be vital.”

“Worldwide we need to revisit alcohol control policies and health programmes, and to consider recommendations for abstaining from alcohol. These include excise taxes on alcohol, controlling the physical availability of alcohol and the hours of sale, and controlling alcohol advertising. Any of these policy actions would contribute to reductions in population-level consumption, a vital step toward decreasing the health loss associated with alcohol use.” [4]

This study was funded by the Bill & Melinda Gates Foundation. It was conducted by researchers from the GBD 2016 Alcohol Collaborators.
[1] One standard drink is defined as 10 grams of pure alcohol. Examples include:
• A small glass of red wine (100ml or 3.4 fluid ounces) at 13 per cent alcohol by volume;
• A can or bottle of beer (375 ml or 12 fluid ounces) at 3.5 per cent alcohol by volume; or
• A shot of whiskey or other spirits (30 ml or 1.0 fluid ounces) at 40 per cent alcohol by volume.
[2] These health issues include:
• Cardiovascular diseases: atrial fibrillation and flutter, hemorrhagic stroke, ischemic stroke, hypertensive heart disease, ischemic heart disease, and alcohol cardiomyopathy;
• Cancers: breast, colorectal, esophageal, larynx, lip and oral cavity, liver, and nasal and mouth cavities;
• Other non-communicable diseases: cirrhosis of the liver due to alcohol use, diabetes, epilepsy, pancreatitis, and alcohol use disorders;
• Communicable diseases: lower respiratory infections, and tuberculosis;
• Intentional injuries: interpersonal violence, and self-harm;
• Unintentional injuries: exposure to mechanical forces, poisonings, fire, heat, and hot substances, drowning, and other unintentional injuries; and
• Transportation-related injuries.
[3] The relative risk associated with 0-15 alcoholic drinks is available in Figure 5 of the paper. The absolute risks used to calculate this are provided by the authors.
[4] Quote direct from author and cannot be found in the text of the Article.