Allotments could be key to sustainable farming, study finds 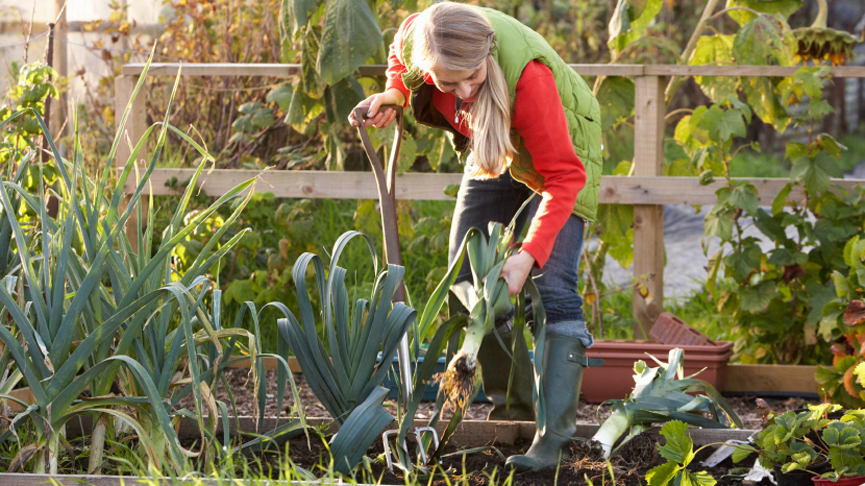 An increase in urban allotments could help us meet the rising demand for food throughout the world, without damaging the Earth’s soils, according to new research from the University of Sheffield.

One of the greatest challenges facing the growing human population is meeting rising demand for food without undermining the soils on which food production – and other services such as carbon storage, flood mitigation and locking up pollutants – depends.

In the first study of its kind, Dr Jill Edmondson from the University’s Department of Animal and Plant Sciences, has found that soils under Britain’s allotments are significantly healthier than soils that have been intensively farmed.

Conducted in Leicester, ecologist Dr Edmondson took soil samples from 27 plots on 15 allotment sites from across the city. She also sampled soils from local parks, gardens and surrounding agricultural land.

The samples were used to measure a range of soil properties, including soil organic carbon levels, total nitrogen, and the ratio between carbon and nitrogen (which are all directly related to the amount and quality of organic matter in the soil) as well as soil bulk density, an indicator of soil compaction.

Dr Edmondson, said: “We found remarkable differences in soil quality between allotments and arable fields. Our study shows how effectively own-growers manage soils, and it demonstrates how much modern agricultural practices damage soils.”

Allotment holders are able to produce good food yields without sacrificing soil quality because they use sustainable management techniques. For example, 95 per cent of allotment holders compost their allotment waste, so they recycle nutrients and carbon back to their soil more effectively.

As well as being good news for urban soils, the results underline the value of allotments.

Dr Edmondson added: “An estimated 800 million city dwellers across the world participate in urban food production, which makes a vital contribution to food security. Our results suggest that in order to protect our soils, planning and policy making should promote urban own-growing rather than further intensification of conventional agriculture as a more sustainable way of meeting increasing food demand.”

There are around 330,000 allotment plots in the UK, covering more than 8000 hectares, and demand is growing, with more than 90,000 people currently on allotment waiting lists in the UK.

However, the heyday for allotments was during World War Two, when 10 per cent of the UK's food came from less than 1 per cent of its cultivated land thanks to the expansion of own growing under the Dig for Victory campaign. At that time, one in three households in Leicester had an allotment but following a national decline in demand, today Leicester's allotment plots number only 3200 and cover just 2 per cent of urban green space although the city is the second highest provider of allotments nationwide.

“As well as improving food security, studies show that own-growing has direct physical and mental health benefits, and can provide access to sustainably produced fruit and vegetable crops without the associated food miles.”

The study “Urban cultivation in allotments maintains soil qualities adversely affected by conventional agriculture” has been published in the Journal of Applied Ecology.