A unique facility which will pioneer world-leading research in antimicrobial resistance will be launched at the University of Sheffield. 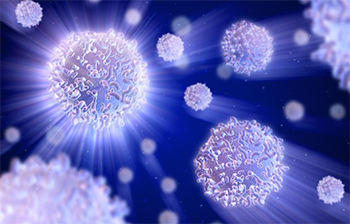 The Sheffield Centre for Antimicrobial Resistance and Biofilms (SCARAB) has been awarded a £700,000 Innovate UK grant to equip a new laboratory which will allow scientists to study how bacteria protect themselves from antibiotics.

As part of the normal infection process harmful bacteria form complex communities called biofilms. If these form in human tissues, it can lead to long-term infection with increasing levels of resistance to normal antibiotics.

Biofilm formation is very hard to treat and can lead to permanent open sores in elderly and diabetic patients.

Chronic, unhealed wounds are not only unpleasant for the patient but very expensive to treat – costing the NHS around £1 billion per year.

There is currently nowhere in the UK that has the expertise and equipment to study long-term biofilm formation in models of different tissues.

The new centre will bring leading doctors, scientists and engineers together to find new ways of fighting biofilm formation. Pharmaceutical companies and NHS researchers will be invited to contribute new ways of testing their therapies in infected tissues.

This will pave the way for the faster development of urgently needed therapies for chronic infections in the growing numbers of elderly and diabetic patients in the UK.

SCARAB will be led by directors Professor Pete Monk from the University of Sheffield’s Department of Infection, Immunity and Cardiovascular Disease and Dr Esther Karunakaran from the University’s Chemical and Biological Engineering.