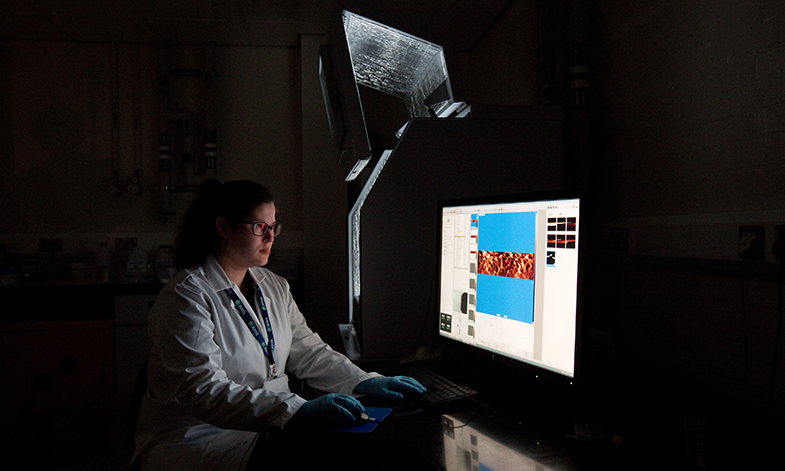 Scientists from the University of Sheffield have produced the first high-resolution images of the structure of the cell wall of bacteria, in a study that could further understanding of antimicrobial resistance.

The research, published in Nature, revealed a new and unexpected structure of the outer bacterial layers of the bacterium Staphylococcus aureus.

The findings set a new framework for understanding how bacteria grow and how antibiotics work, overturning previous theories about the structure of the outer bacterial layers.

The images give unprecedented insight into the composition of the bacterial cell wall and will inform new approaches to developing antibiotics in order to combat antibiotic resistance. There are no other examples of studies of the cell wall in any organism at comparable resolution, down to the molecular scale.

Laia Pasquina Lemonche, a PhD Researcher from the University of Sheffield’s Department of Physics and Astronomy, said: “Many antibiotics work by inhibiting the bacteria’s production of a cell wall, a strong but permeable skin around the bacteria which is critical for its survival.

“We still don’t understand how antibiotics like penicillin kill bacteria, but this isn’t surprising because until now we had remarkably little information about the actual organisation of the bacterial cell wall. This study provides that essential stepping stone which we hope will lead to both a better understanding of how antibiotics work and to the future development of new approaches to combat antimicrobial resistance.”

The team used an advanced microscopy technique called Atomic Force Microscopy (AFM), which works by using a sharp needle to feel the shape of a surface and build an image similar to a contour map, but at the scale of individual molecules.

Professor Jamie Hobbs, Professor of Physics at the University of Sheffield, said: “It is by physicists and biologists working together that we've been able to make these breakthroughs in our understanding of the bacterial cell wall.”

The researchers are now using the same techniques to understand how antibiotics change the architecture of the cell wall and also how changes in the cell wall are important in antimicrobial resistance.

The research was funded by UK Research and Innovation (UKRI), the Wellcome Trust and the White Rose University Consortium.