New research from the University of Sheffield has found that bacterial plasmids readily pick up new genes and spread them to new species – something which is an increasing concern for transfer of antibiotic resistance between bacterial species. 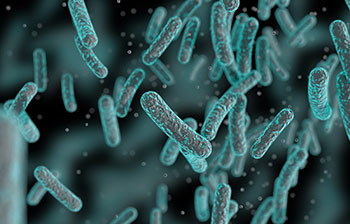 Plasmids are circular molecules of DNA which can copy themselves between neighbouring bacteria. They can be beneficial to bacteria when they carry useful genes, but where the genes they carry aren’t useful, plasmids are often burdensome, acting a bit like parasites as they spread between bacteria.

Scientists from the University’s Department of Animal and Plant Sciences discovered that plasmids may be best at spreading genes between species when they act like parasites, rather than when they are beneficial.

In the study, published in Nature Ecology and Evolution, the Sheffield team in collaboration with scientists from the Universities of York and Liverpool, set up bacterial populations in soil ‘microcosms’. These consisted of a small volume of soil inoculated with bacteria carrying a plasmid that was beneficial in the presence of mercury.

By adding small amounts of mercury, the researchers could control whether the plasmid was beneficial or parasitic. The researchers allowed the bacteria and plasmids to evolve under these conditions for hundreds of generations, before sequencing their genomes.

Dr Jamie Hall, lead researcher on the study from the University of Sheffield, said: “We were really surprised by the sequencing results.

Our research shows that bacteria can evolve rapidly, particularly by picking up genes from their neighbours.

“In several populations the plasmid had picked up genes from one species and spread them to another. We knew this could happen but we weren’t expecting to see so much of it. Most interestingly, the plasmid was best at picking up genes and transferring them between species when it acted like a parasite.

He added: “If we imagine that bacteria are like PC computers from the 1990s the genes they swap are programs and plasmids are like floppy disks – able to copy themselves as well as any other genes they might carry between neighbouring bacteria.”

Bacterial evolution, particularly resistance to antibiotics, is an emerging public health threat. Plasmids can also pick up and transfer antibiotic resistance genes, so the results of this study indicate concern for places like hospital plumbing and waste-water treatment plants which may provide opportunities for plasmids to move genes between species.

“Our research shows that bacteria can evolve rapidly, particularly by picking up genes from their neighbours, and that plasmids may play an important role in this process,” said Dr Hall.

“Understanding the conditions that favour plasmid spread is an important piece in this puzzle.”

View the paper in full

The Department of Animal and Plant Sciences at the University of Sheffield is one of the world’s leading centres for whole organism biology. For more information please visit APS