Bed bugs are attracted to dirty laundry according to new research published by University of Sheffield scientists this week (Thursday 28 September 2017). 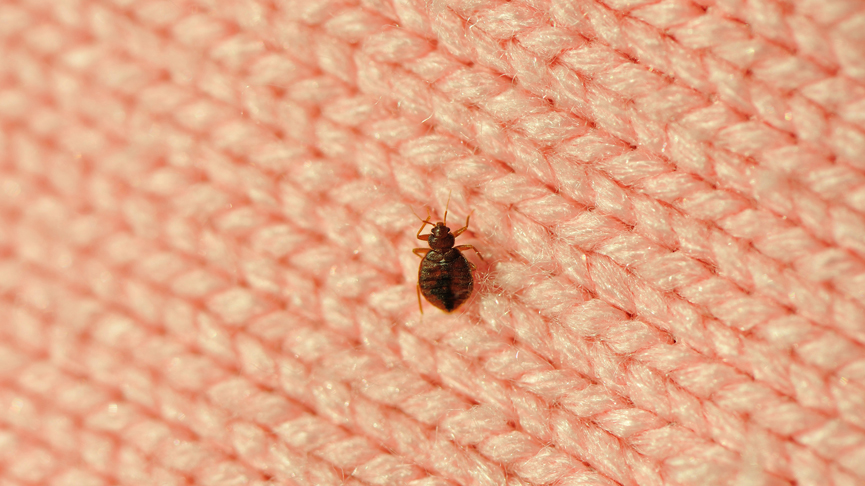 The study, led by Dr William Hentley from the University of Sheffield’s Department of Animal and Plant Sciences, suggests that leaving worn clothes exposed in sleeping areas when travelling may facilitate the dispersal of bed bugs.

Bed bugs have recently undergone a global resurgence, which has been partly attributed to an increase in low cost international travel in the tourism industry. One possible mechanism facilitating the global spread of bed bugs is that the insects find their way into clothing and luggage.

Published in the journal Scientific Reports, the University of Sheffield research conducted experiments in two identical, temperature-controlled rooms in which four tote bags of clothes were placed – two containing soiled clothes, two with clean clothes – in the presence of bed bugs.

In each run of the experiment, one room received an increase in concentration of CO² to simulate human breathing.

The Sheffield scientists found that in the absence of a human host, bed bugs were twice as likely to aggregate on bags containing soiled clothes compared to bags containing clean clothes.

The study also found that in the room with increased concentrations of C0², bed bugs were more likely to leave their refuge and initiate host-seeking behaviour.

Results from the research suggest that residual human odour on soiled clothes acts as an elicitor of host-seeking behaviour in bed bugs. Consequently, dirty laundry left in an open suitcase, or left on the floor of an infested room may attract bed bugs.

Dr William Hentley from the University of Sheffield said: “Bed bugs are a huge problem for hotel and homeowners, particularly in some of the world’s biggest and busiest cities. Once a room is infested with bed bugs, they can be very difficult to get rid of, which can result in people having to dispose of clothes and furniture that can be really costly.

“Our study suggests that keeping dirty laundry in a sealed bag, particularly when staying in a hotel, could reduce the chances of people taking bed bugs home with them, which may reduce the spread of infestations.”

The research paper, Bed bug aggregation on dirty laundry: a mechanism for passive dispersal, is published in Scientific Reports on Thursday 28 September 2017. To access the paper, visit: http://nature.com/articles/doi:10.1038/s41598-017-11850-5