Mission to measure world’s forest will launch in 2019

An earth observation mission to measure the world’s forests from space which was the brain child of a University of Sheffield professor will be launched in 2019. 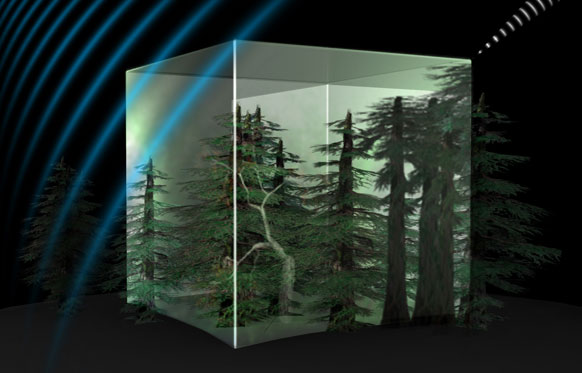 The European Space Agency’s (ESA) Earth Observation Programme Board has today (Tuesday 7 May 2013) given the go-ahead for a new €400-million Earth Observation mission that will measure global forest biomass for the first time.

The BIOMASS mission is scheduled to launch in 2019 and will produce the first accurate maps of tropical, temperate and boreal forest biomass from space. The maps will help scientists address fundamental questions about changes in forest structure, especially in tropical regions, where ground data are scant. They’ll also help put a figure on the carbon emissions resulting from deforestation and land-use change.

Professor Shaun Quegan of the University of Sheffield, who conceived the concept for the mission eight years ago and is one of the principal investigators, said: “As trees grow, they take in carbon and store it. But during deforestation this carbon is released into the atmosphere. This is just one way carbon cycles between different storage sites and as this global carbon cycle becomes unbalanced more carbon is being released from storage into the atmosphere, ultimately affecting on our climate.

“Understanding how the amount of living material – biomass – in our global forests changes over time is necessary for improving present and future assessments of the global carbon cycle, and therefore our climate.”

Currently, most estimates of biomass used in research models come from ground-based measurements. But because these measurements are scarce, particularly in the tropics, the models give radically different projections of the future carbon cycle and, therefore, how the climate might change.

BIOMASS mission will help overcome this problem, by providing frequent, accurate and consistent biomass measurements, helping to validate and improve current earth system models. It will do this by using a 70-centimetre wavelength radar sensor to probe both the height of forests and how much wood they contain at a scale of 200 metres.

Professor Mathew Williams of the University of Edinburgh and a member of the BIOMASS Mission Advisory Group added: “BIOMASS will bring accessible information to climate researchers and earth system scientists, but also to forest managers in places like the tropics, so they can examine the impact of fires on their forest stocks, or the effects of population expansion at forest edges. This instrument would track forest changes, and then measure the impact they have on releasing carbon.”

As well as giving us an unparalleled and accurate insight into forest biomass, this mission should provide information on ice-sheet motion, the Earth’s upper atmosphere and subsurface geology in arid regions.
The mission could run for up to five years from launch. Scientists anticipate collecting useful data as early as three months into the mission, as long as calibration experiments go well.

Despite being a space mission, the success of BIOMASS rests on the active involvement of scientists collecting biomass measurements on the ground. Their data will be invaluable when the mission launches to check, test and verify the accuracy of the data the mission delivers.

At the moment, BIOMASS would not be able to operate within a region that impinges on the United States Department of Defense Space Object Tracking Radar system, which has sites across the US and Europe. If negotiations between ESA and the US government cannot resolve this conflict, the mission may be unable to operate across North America and Europe, but here we already have well-developed, extensive knowledge of biomass from forest inventory.

The BIOMASS mission is also hoping to contribute to the United Nations REDD Programme - an international effort to reduce carbon emissions from deforestation and forest degradation in developing countries.
“The purpose of REDD is to encourage better tropical forest management so that we can manage emissions from deforestation. But a major problem is knowing what biomass is there in the first place. Without the BIOMASS mission, our chances of achieving an international agreement are non-existent, as no one will be able to check numbers,” added Professor Quegan.

Last month (March 2013) the European Space Agency Advisory Committee (ESAC) recommended that the board choose to implement BIOMASS, as it is the most scientifically convincing of three missions proposed to the board. ESAC’s recommendation has never been ignored, without exception.

BIOMASS is fully funded by ESA using contributions from twenty European member states. It is one of ESA’s Earth Explorer core missions, whose aim is to provide tools for further understanding and monitoring our planet. Other Earth Explorer missions include Cryosat-2, SMOS and GOCE which look at sea-ice thickness, ocean salinity and soil moisture, and variations in the Earth’s gravitational field, respectively.

Both Professor Quegan and Professor Williams are principle investigators for the National Centre for Earth Observation (NCEO), one of the Natural Environment Research Council’s (NERC) research centres. NERC funded the feasibility testing stage of the BIOMASS mission and continues to support it through the NCEO’s mission support awards.