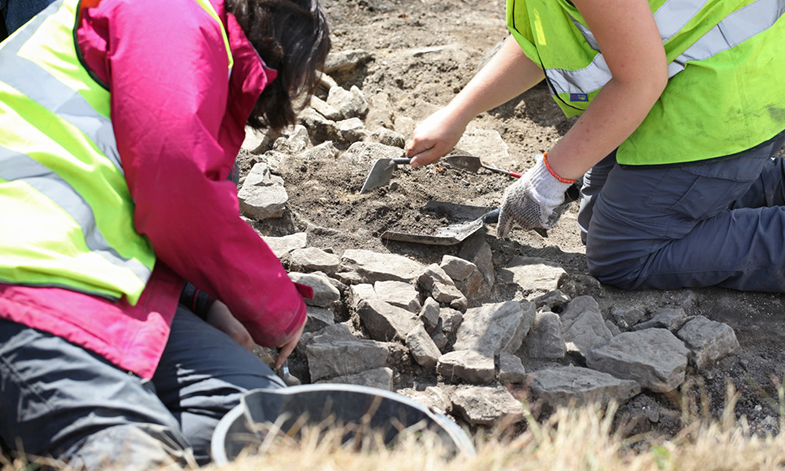 The British Academy have announced that University of Sheffield Emeritus Professor, Keith Branigan, has been awarded The Landscape Archaeology Medal in recognition of his distinguished and varied career, with many notable achievements in the study of the Outer Hebrides, Roman Britain and the prehistory of the Aegean.

The award also acknowledges the valuable contribution Professor Branigan has made, not only to the study of archaeology at the University of Sheffield, but beyond his own research for many years working tirelessly as an ambassador for archaeology as a discipline itself; promoting the study in schools with regular weekend conferences in Sheffield for teachers.

Nominated by the fellows of the British Academy, they noted that Professor Branigan’s research has “become major foci of subsequent research by younger scholars.” 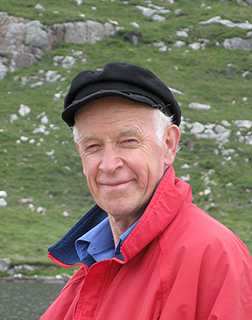 Appointed to the first Chair of Archaeology at the University of Sheffield in 1976, Professor Branigan has since researched and published extensively on the Outer Hebrides, prehistory of the Aegean and on Roman Britain, including authoring, editing and contributing to 19 books on his wide range of interests including funerary behaviour, early metallurgy and the relationships and developments between town and country.

He is recognised in his field for contributing greatly to our knowledge of the natural and social landscape context of Romano-British economy, the long-term settlement history of the Outer Hebrides, and the rural roots of Bronze Age social complexity on the island of Crete, which has formed one of the largest of Professor Branigan’s major field projects - spanning three decades - and the first intensive field study ever undertaken in the country.

On Crete, Professor Branigan’s survey projects have revealed third and fourth millennium BCE dispersed colonisation of agriculturally marginal parts of the landscape and explored the role of mortuary monuments in forging a collective identity for such small and fluid communities.

The dispersed settlement, and the complementary roles of the living and the dead in enculturating these marginal landscapes, is still a major focus of the research there today.

Professor Branigan, an Emeritus Professor at the University of Sheffield’s Department of Archaeology, commented on receiving the Prize: “This award means a great deal to me. It’s reassuring to know that, however much methods and techniques in landscape archaeology have moved on, my various projects are thought to still have a value and are worthy of recognition.

“The award has also reminded me how incredibly fortunate I was to have the friendship, encouragement and stimulation of so many outstanding landscape archaeologists working alongside me in Sheffield – Graeme Barker, Mark Edmonds, Andrew Fleming, David Gilbertson, Richard Hodges, Mike Parker Pearson, Derrick Riley, and Jim Symonds.”

Professor Caroline Jackson, Head of the Department of Archaeology at the University, said: “Keith's research was always wide ranging both in terms of his knowledge of period based archaeology and research conducted on a geographically wide scale, from the Hebrides to Crete. More importantly his research was always inclusive, and students who have trained with Keith here at the University still talk about the Sheffield Environmental and Archaeological Research Campaign in the Hebrides (SEARCH Project) with fondness. For many of them it was the start of long and successful careers in archaeology - many now in senior academic or consulting roles throughout the world.

“His energy and enthusiasm for his research are still infectious, and as this award testifies to, his research continues to have a lasting impact on the discipline. This award is exceptionally well deserved and we in the department would like to offer our congratulations.”

Professor Sir David Cannadine, historian and President of the British Academy, said: “The British Academy inspires, supports and promotes outstanding achievements and global advances in the humanities and social sciences. On behalf of the Academy, I extend my most heartfelt congratulations to each of this year’s winners. Whether through individual accomplishments or lifelong service, these prizes and medals are testament to these scholars’ immense contributions to all areas of life and study. We are indebted to them for their outstanding contributions to their disciplines, for mentoring and nurturing their students and for blazing new trails in a variety of fields.”

The University of Sheffield’s Department of Archaeology is one of the world’s best for teaching and research in archaeology, according to the latest QS World University Rankings by Subject 2020.

With an international community of archaeologists committed to exploring the past in order to benefit our future, Sheffield’s unique approach to archaeological teaching and research draws upon the integrated strengths of the humanities, natural and physical sciences.

Sheffield has one of Europe’s most respected archaeology departments. It combines global partnerships with local communities to produce world-leading research which has a real and positive impact.

The University is renowned for its teaching and research in archaeology in the fields of Prehistoric Europe, Classical Antiquity, Medieval and Post-Medieval Britain, Landscape Archaeology and Funerary Archaeology, Material Culture Studies, Bioarchaeology and the Archaeology of the Mediterranean.

Study Archaeology at the University of Sheffield