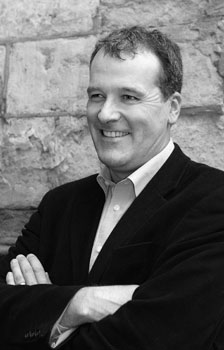 In an unprecedented honour for the University of Sheffield, two of its academic staff have been elected Fellows of the British Academy – the UK’s national body which champions and supports the humanities and social sciences.

Professor Michael Braddick, Professor of History, recently completed a term of office as Pro-Vice-Chancellor for the Faculty of Arts and Humanities at the University of Sheffield. Author of a number of highly acclaimed histories, he has published widely on aspects of state formation and forms of political resistance in early modern England.

His most recent publications are God's Fury, England's Fire: a new history of the English civil wars and edited collections on The politics of gesture: historical perspectives and The experience of revolution in Stuart Britain and Ireland.

He is also a champion of the value of the Arts and Humanities within education, and many of his articles on this subject have been published by the national media.

Professor Braddick was educated at the University of Cambridge, and moved to Sheffield in 1990 after a period working in the USA.

He has held fellowships from the British Academy, the Nuffield Foundation and a Major Research Fellowship from the Leverhulme Trust. He has also held visiting scholarships at the Huntington Library, California, the Max Planck Institute for European Legal History in Frankfurt, the Institute for Advanced Study in Princeton and the École des hautes études en sciences sociales, Paris.

Professor Glynis Jones, from the University's Department of Archaeology, who has also been elected a fellow, has been a member of staff at the University of Sheffield for almost 30 years. She is the Director of the MSc Environmental Archaeology and Palaeoeconomy and is a world-expert on the origins of agriculture.

After graduating with a degree in Zoology from Cardiff University, Professor Jones worked as a science teacher in the UK and Greece for some years before joining the British School at Athens as a research assistant in archaeological materials science at the Fitch Laboratory. 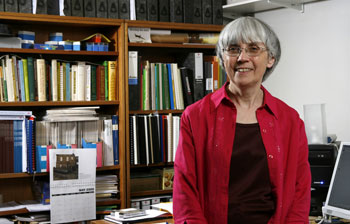 She returned to the UK in the late 1970s to further her studies in Archaeology at the University of Cambridge. She then worked as an environmental archaeologist at the Museum of London, before moving to Sheffield in 1984.

Professor Sir Keith Burnett, Vice-Chancellor of the University of Sheffield, said: "I am truly delighted that two of our colleagues have been honoured by Fellowship of the British Academy.

"It is vital that universities address not only the scientific and technical challenges of the modern age, but that we also ask profound questions about society and how we live.

"The humanities and social sciences bring vital insight of history and archaeology and an understanding of human life and cultures. Without this perspective, we are deeply impoverished as people and our technical solutions run the risk of misunderstanding the very people they are meant to serve.”

Professor Lord Nicholas Stern, President of the British Academy, said: “The humanities and social sciences celebrate the study of what it means to be human and how we relate to the world around us.

"They can also help us tackle many of the challenges faced in this country and the world as a whole. Our new Fellows are world-class experts in the humanities and social sciences and play a vital role in sustaining the Academy’s activities – helping select researchers and research projects for funding support, contributing to policy and speaking at public events.”

At its Annual General Meeting (18 July 2013), the British Academy elected 42 new Fellows from 18 different UK universities, each of them a highly distinguished academic, recognised for their outstanding research and work across the humanities and social sciences. The new Fellows span the full range of the Academy's subject areas from history to psychology, economics to law, literature to philosophy and languages to archaeology.