A hundred years of history - Engineering at the University of Sheffield

In the early 1880s, Sir Frederick Mappin, a wealthy industrialist who made his fortune in Sheffield’s cutlery and steel industries and MP for Retford, was encouraged to create a Technical School to educate the workers of the city.

In 1886, the Technical School’s first building, designed in a neo-Georgian style, was built behind the former Grammar School (demolished in 1912), on what is now Mappin Street. It is the oldest purpose-built accommodation still occupied by the university. 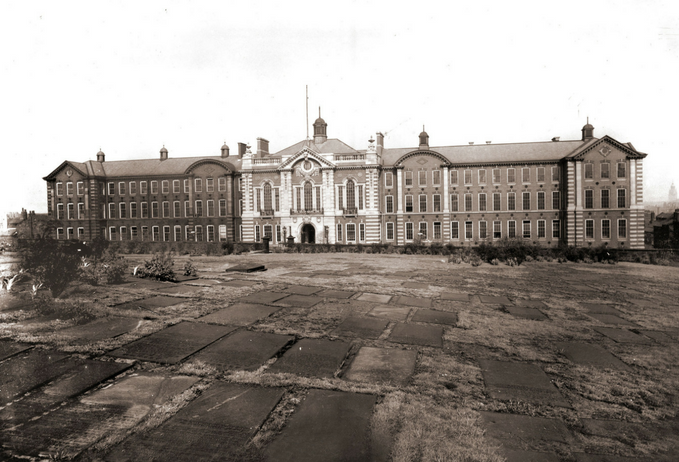 Founded by and for Sheffield

The foundation of the University of Sheffield is credited to the local support received from the public and industry who raised the money needed to create the civic institution. Fundraising consisted of house-to-house visiting in the most prosperous streets and weekly collections in many places of work, to which thousands of workers contributed. The support was striking, reminding us that the University was true creation of the city and its people.

Engineering education at the Technical School started from the very beginning with part-time studies being offered and an ambitious evening class programme up until the 1950s. These students were adults working in the steel industry.

One of these students was Stanley Ellam who left school at fourteen, got a job in an engineering workshop and attended four years at a local college before being admitted to the University. For three or four nights a week he ‘had to go home, wash and change, have tea and catch a train or bus by 6.15pm to arrive at St George’s by 7.00pm.’ After five years of study he gained his qualifications and was awarded the Mappin Medal. 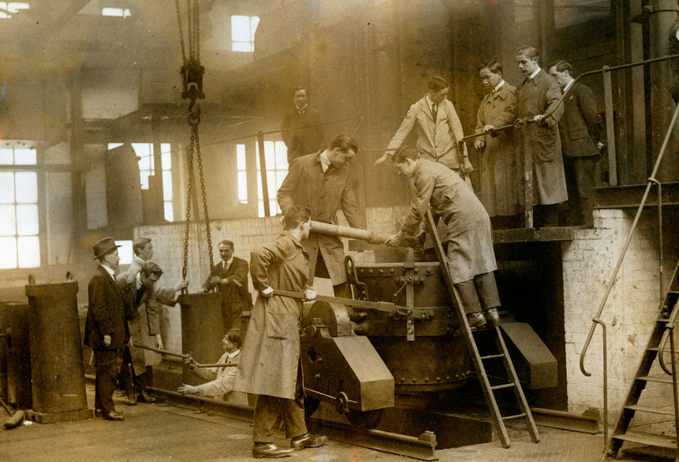 Established during 1917, the three engineering departments soon found themselves affected by the needs of war.

Numbers of students soon decreased as men enlisted or were recruited to work in industries essential for the war effort. However, the government offered financial support to injured officers to study and the University of Sheffield launched an intensive training course, the first of its kind, for wounded and incapacitated soldiers. These soldiers were later recruited for good positions in various government departments.

After the war, the War Office and Board of Admiralty presented the Mechanical Engineering department with equipment such as ‘a German submarine engine, a German torpedo, a British tank, and other German engines’. The equipment was very useful for the practical education of students. 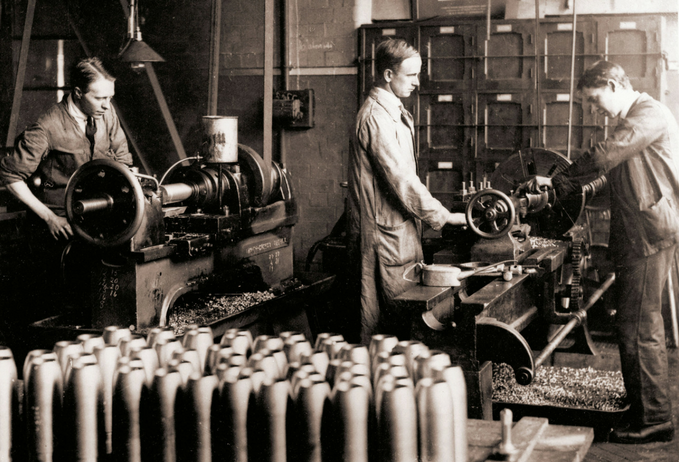 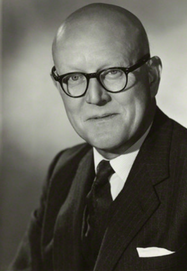 Born in Rotherham in 1901, Sir Donald Bailey Coleman was awarded an OBE and later knighted for the invention of the ‘Bailey Bridge’, a simple transportable bridge for the army. During the Second World War, the army needed transportable bridges that were easy to assemble and that could carry tanks and other armoured vehicles safely.

Over 2,000 ‘Bailey’ bridges were erected in North-West Europe between June 1944 and May 1945, contributing to the allied forces success. After the war, used and new bridge panels were utilised on civilian structures and one is still in use to this day over the River Don in Rotherham. 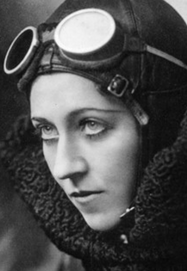 Amy Johnson, the first woman to fly solo from Britain to Australia, was not an engineering student but is probably one of the university’s most famous students. She came to Sheffield to study Latin, French and Economics but attended engineering lectures which sparked her interest in aviation. After graduating in 1925, she moved to London and pursued her passion for flying.

The University celebrates Amy's legacy in offering a number of scholarships to study high-achieving women applying to study engineering at the University. 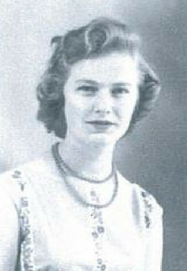 "I was the first girl to graduate in Civil Engineering when I received my degree in 1964. I started at the university in 1960 in the preliminary year as I didn't have the necessary A levels. There was one other girl who was reading mechanical engineering. When I joined the "proper" civil engineering first year another girl started with me but she left after the first year. I never knew whether she failed the exams or was just unhappy around all the boys! In those days there were hardly any women in Saint George's Square, mainly secretaries and a third girl in second year electrical engineering." 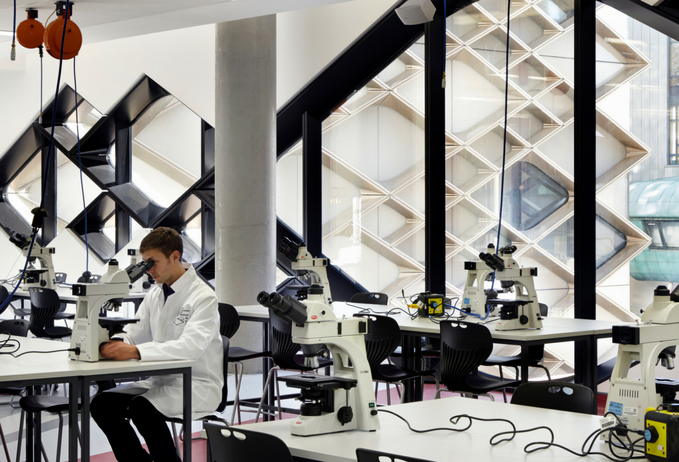 Engineering at the University of Sheffield today

Engineering at the University of Sheffield continues to go from strength to strength. From humble beginnings of just 6 students studying Mechanical Engineering in 1917, the whole Faculty now has 5,400 students and over 1,000 staff members.

In September 2015, The Diamond building opened to provide world-class multi-disciplinary education for students. Further developments include the Heartspace, a new atrium between the Grade II listed Sir Frederick Mappin building and the 1885 Central wing to provide new laboratories, office and social space. 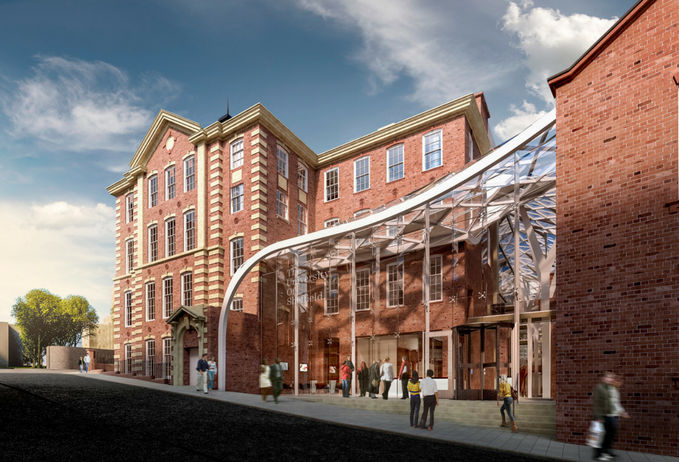 Department of Electronic and Electrical Engineering

The department will be holding a day of centenary events on Saturday 22 July, finishing with a celebratory evening dinner. Past and present members of all levels of the department will be invited to share their memories and learn more about the story behind their study.

A special publication is also in production, which will celebrate the innovative work of the department over the last century. The project will chart our Electronic and Electrical Engineering department’s rise to the top of the field, using the stories of the real people who drove its success. 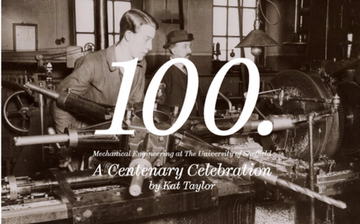 The department has planned a range of exciting events to celebrate their centenary including afternoon tea for staff before a glamorous Centenary Ball for an evening of dinner and dancing in Firth Hall.

Find out more
Buy the book

Department of Civil and Structural Engineering

The department has compiled 100 stories for 100 years, showcasing the range of talent that makes up their team. From revolutionary research into geotechnology to a vital access bridge in rural Rwanda, the collage is a great way to explore the variety of work taking place throughout the department.

Staff have also been busy mapping out their department’s 100 year history in an interactive timeline. Filled with intriguing facts and stories, the project charts the growth of the discipline at our University, from the first Faculty meeting in 1917 to the appointment of the department’s first female professor this year.

Information and photos taken from the University of Sheffield archives, 'Steel City Scholars' by Dr Helen Mathers, and '100 years - A Centenary Celebration' by Kat Taylor.