Whilst most debate has focused on questions relating to the overselling of intelligence that Iraq possessed weapons of mass destruction, the most important information to emerge from the Chilcot Report concerns the formation of the ‘war on terror’, according to an academic at the University of Sheffield. 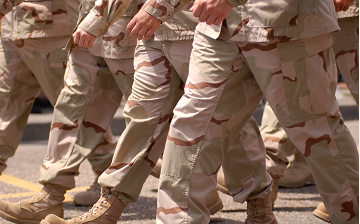 The Chilcot Report, published on June 6 2016, delivered damning criticisms of the way in which Tony Blair’s government took the UK into the 2003 war in Iraq.

But new analysis by Professor Piers Robinson, Chair in Politics, Society and Political Journalism at the University of Sheffield, finds the report highlights a deception at the heart of the 'war on terror': that 9/11 was exploited in order to pursue a regime-change policy against countries unconnected with Al Qaeda and Islamic fundamentalist terrorism.

Professor Robinson said: “Initially, much of the limited media attention was focused on whether or not the Chilcot report might demonstrate impropriety by Blair and enable one or both of the various attempts to hold his government legally accountable for the debacle. Focusing on a very narrow definition of dishonesty – which considers only lying understood in terms of making factual statements which are known to be untrue in order to deceive – Chilcot and a subsequent select committee review absolved Blair of lying over Iraq.

“However, we find the Chilcot Report does in fact present ample evidence of deception through deliberate exaggerations and omissions whereby officials misled both with regard to the strength of the intelligence on Iraq’s alleged WMDs and with respect to the possibility of a peaceful accommodation via Iraq compliance with UN disarmament requirements.”

Professor Robinson’s analysis finds communications between US President George W Bush and Blair and other official documents cited by Chilcot indicate that, within weeks of 9/11, the US and UK governments were conspiring to initiate a wide-ranging ‘war on terror’ which included using the ‘war on terror’ to ‘clear up other problems’ in the Middle East and which discussed ‘hitting’ Iraq, Syria and Iran. The documents also reveal that these plans were intended to be covert and underpinned by a ‘close-knit propaganda campaign’.

He says the discussion of ‘propaganda campaigns’ by Blair and another official raises the question of how far Western publics were misled into supporting a ‘war on terror’ aimed at removing ‘enemy’ states rather than tackling terrorism.

“Discussions about when to ‘hit’ Iraq, Syria and Iran, coupled with other evidence that the US was planning a series of regime change wars, raises the important question of whether the current conflagration in the Middle East, involving wars in Iraq, Syria and Yemen (plus also Libya (North Africa), represent the outcome of the geo-strategic planning documented by the Chilcot Inquiry,” said Professor Robinson.

“Further academic inquiry into these questions is now urgently needed.”

Professor Robinson’s report Learning from Chilcot: Propaganda, Deception and the ‘War on Terror’ has been published in the International Journal of Contemporary Iraqi Studies.