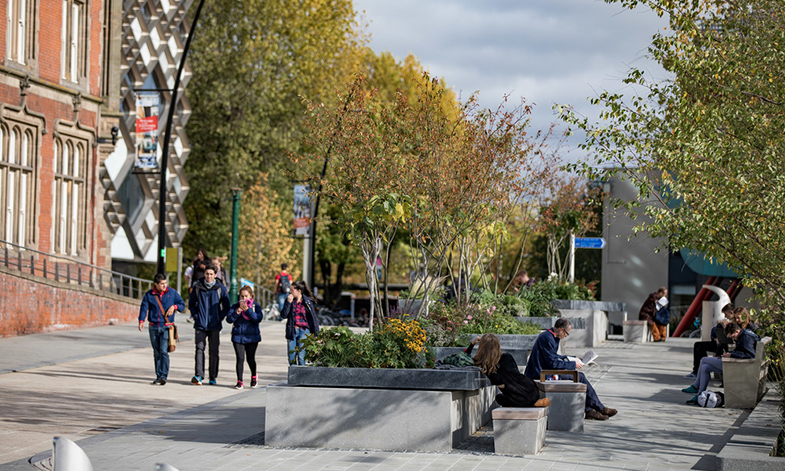 The University of Sheffield has signed up to the Civic University Agreement - further cementing its position as a leading civic university in the UK.

In signing the agreement, the University of Sheffield is committed to:

This new agreement reaffirms a historic commitment made by the University in the late 19th century, when industry leaders and workers in the steel mills, factories and mines united behind a civic goal to bring the ‘highest education’ within the reach of all the people.

To this day, a plaque at the entrance to Firth Court, at the heart of the University, pays tribute to the citizens of Sheffield who donated the equivalent of £15m to establish an institution accessible to rich and poor alike which would improve the health and wellbeing of the people; drive innovation in local industries; and help the nation in trading with other countries around the world.

This civic commitment to the city and the wider region continues to this day. The University of Sheffield remains integral to the city’s health service, from the training of nursing apprentices to conducting groundbreaking research into cures for life-threatening and debilitating diseases, and co-creating research and innovation with patient groups. Students and staff work closely with clinicians, NHS professionals and patients to drive continuous improvements in the region’s health and care systems

The University’s staff and students recognise and repay the generosity of those who funded the University more than a century ago by giving their time and effort as volunteers and raising money to improve the lives of those in their community. Staff, students, alumni and friends of the University recently raised £2 million to establish a new MRI-PET facility at the Royal Hallamshire Hospital - the first of its kind in Yorkshire and vital to transforming our understanding of serious diseases and the way we treat them in the future.

Professor Dave Petley, Vice-President for Research and Innovation at the University of Sheffield, said: “Signing this agreement reaffirms our historic civic commitment to the citizens of Sheffield and the wider community. Our founders understood how the power of teaching, learning and research can transform lives for the better. We remain as committed as ever to our founding mission ­– to undertake world-leading scholarship which brings real benefits to the economy, health and lives of communities locally and across the world.”

Commissioners for the Civic University Commission visited Sheffield in July last year to see for themselves the significant impact the University has on the city and the wider community.

Signing this agreement reaffirms our historic civic commitment to the citizens of Sheffield and the wider community.

As one of the first universities to sign up to this new approach to establish a Civic University Agreement, the University of Sheffield will continue to assess its strategic priorities with partners in the region in order to make sure the city community thrives in the coming decades.

In addition, the University will align the principles of the Civic University Agreement with its new Sustainability Strategy, with the goal to of being a responsible and effective organisation with close ties to the city.

The report sets out how universities have the capability, opportunity and responsibility
to support the places where they are based to solve some of their most pressing and major
problems.

Find out more about the Civic University Agreement