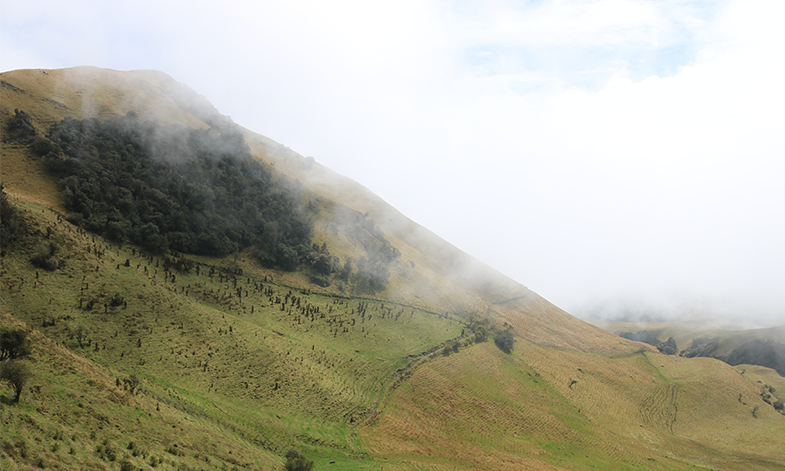 Only 38 per cent of tropical forest can protect wildlife from rising temperatures as a result of deforestation, increasing the likelihood that vulnerable species will go extinct, say scientists.

Researchers from the University of Sheffield and University of York have discovered how deforestation and climate change – two of the biggest drivers of species’ extinction – interact with each other to magnify their effects.

For millennia, wildlife around the world has moved up and down mountains and towards or away from the equator to cope with changes in the Earth’s temperature. The deforestation of tropical forests is creating a patchwork landscape where natural habitat is disconnected and confined to smaller spaces between a mass of farmland.

The research found that most tropical forest habitat is currently too disconnected to provide pathways to cooler climates, meaning wildlife will struggle to escape the impacts of climate change.

Tropical deforestation between 2000 – 2012 led to a vast amount of forest area, bigger than India, losing its ability to link tropical wildlife with a habitat that would protect them from rising temperatures. Today, only 38 per cent of tropical forest allows resident wildlife to avoid climate warming by moving uphill or towards the poles.

Senior author of the study, Professor David Edwards from the University of Sheffield, said: “The speed and severity with which the ability of plants and wildlife to track their optimal climates has been severed is truly shocking.

“In considering what we can do to solve this problem, we urgently need to fund mechanisms to stop tropical forest loss whilst also investing in reforestation in places where deforestation has already been most severe.

“The time to act is now and failure to do so will have catastrophic effects for tropical biodiversity over the coming century.”

This loss of forest means that if species move as far as possible to the coldest places along connected temperature gradients, then under severe warming scenarios species would still, on average, suffer 2.6 degrees Celsius in warming.

Dr Rebecca Senior, who carried out this work whilst at the University of Sheffield’s Department of Animal and Plant Sciences, said: “Our findings are cause for concern. We know that a huge amount of tropical rainforest has been and continues to be converted, but also that habitat loss is not the only threat to the natural world.

“Our research is the first to investigate this interaction between habitat loss and climate change at such a large scale and over time. Almost everywhere is getting warmer and for tropical species sensitive to these increasing temperatures, the lack of escape routes to cooler habitats means that warming will likely result in national and global extinctions of vulnerable species.”

The research, Global loss of climate connectivity in tropical forests, has been published today (8 July 2019) in Nature Climate Change.