Climate change experts led by the University of Sheffield say advances in simulations are creating a more accurate picture of the future, and current global sea-level rise due to Antarctic ice loss might only be half what has been reported in major studies in the last few years. 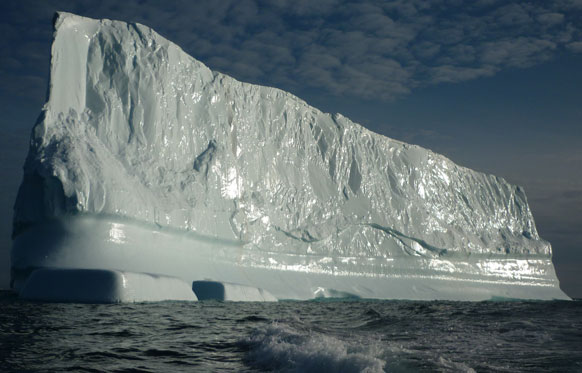 Scientists from 12 specialist centres across the world have – for the first time – collectively studied advances in both observations and simulations of ice-sheet mass changes.

The team of experts confirm recent results showing a brighter future in relation to the contribution to global sea-level rise from the Antarctic Ice Sheet – with contributions being only half of what has previously been reported – but also ratified a major loss of mass from the Greenland Ice Sheet, thought to be double the Antarctic contribution.

Future increases in mass loss from the Greenland and West Antarctic ice sheets are likely to significantly enhance the rate of global sea-level rise, which is currently just over three millimetres per year, as these ice-sheet changes become an increasingly dominant contributor.

Considerable uncertainty remains in predictions, however, as ice sheets show a complex response to climate change, which is only now becoming apparent through the use of improved computer models.

The paper, titled Ice-sheet mass balance and climate change, and which was published by the journal Nature, shows how uncertainties in modelling methods have been reduced thanks to better theoretical understanding and advances in measurement techniques that make use of radar, laser and satellite data, allowing scientists to better predict the impact of climate change on ice-sheet mass balance and global sea-level rise.

Professor Edward Hanna, of the University of Sheffield’s Department of Geography and the paper’s lead author, said: “There are satellites with several different kinds of instruments observing ice-sheet mass balance and computer models simulating the effects of ongoing climate change on ice sheets according to our best theoretical understanding. Here we report on recent advances in both types of technologies, presenting the first full summary combining advances in observations and models together in one paper.

“We believe the contribution to global sea-level rise from the Antarctic Ice Sheet might be only half that reported in some previous major studies just a year or two ago. We also confirm previous results suggesting an accelerating major loss of mass, at double the Antarctic rate, from the Greenland Ice Sheet.

“The paper shows that in the last year estimates of mass change of ice sheets have begun to converge. However, considerable uncertainty still remains concerning the current rate of mass change for the Antarctic Ice Sheet.”

Since the last Intergovernmental Panel on Climate Change (IPCC) Report was published in 2007, there have been several major improvements made to computer model simulations of ice-sheet behaviour, which have enhanced experts’ abilities to predict how ice sheets will respond to future climate change, while at the same time uncertainties in some of the satellite observation methods have been reduced.

Professor Hanna added: “The paper is expected to be influential for scientists working in many different fields, research-funding organisations, and policymakers.”