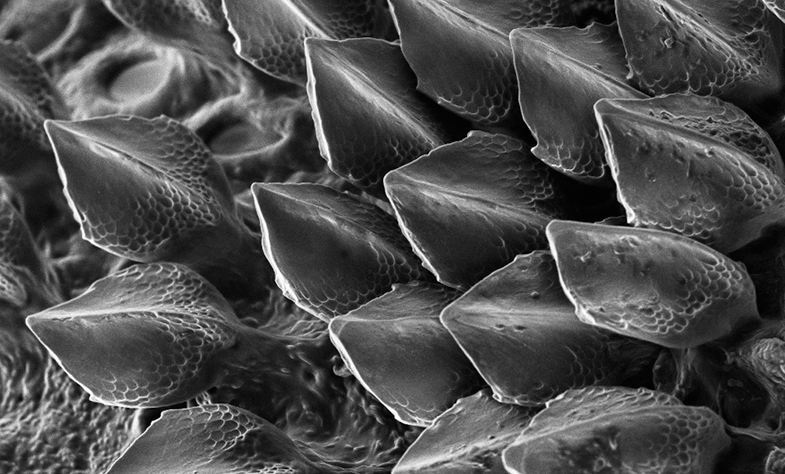 A system proposed by world war two codebreaker Alan Turing more than 60 years ago can explain the patterning of tooth-like scales possessed by sharks, according to new research.

Scientists from the University of Sheffield’s Department of Animal and Plant Sciences found that Turing’s reaction-diffusion theory – widely accepted as the patterning method in mouse hair and chicken feathers – also applies to shark scales.

The findings can explain how the pattern of shark scales has evolved to reduce drag whilst swimming, thereby saving energy during movement. Scientists believe studying the patterning could help to design new shark-inspired materials to improve energy and transport efficiency. 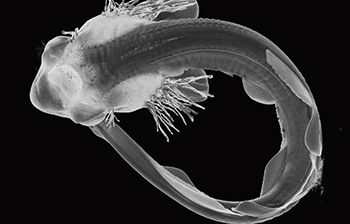 Turing, forefather of the computer, came up with the reaction-diffusion system which was published in 1952, two years before his death. His equations describe how molecular signals can interact to form complex patterns.

In the paper, published today (7 November 2018) in the journal Science Advances, researchers compared the patterning of shark scales to that of chicken feathers.

They found that the same core genes underlying feather patterning also underlie the development of shark scales and suggest these genes may be involved in the patterning of other diverse vertebrate skin structures, such as spines and teeth.

Dr Gareth Fraser, formerly of the University of Sheffield and now at the University of Florida, said: "We started looking at chicks and how they develop their feathers. We found these very nice lines of gene expression that pattern where these spots appear that eventually grow into feathers. We thought maybe the shark does a similar thing, and we found two rows on the dorsal surface, which start the whole process.

We found that shark skin denticles are precisely patterned through a set of equations that Alan Turing — the mathematician, computer scientist and the code breaker — came up with.

"We teamed up with a mathematician to figure out what the pattern is and whether we can model it. We found that shark skin denticles are precisely patterned through a set of equations that Alan Turing — the mathematician, computer scientist and the code breaker — came up with.

“These equations describe how certain chemicals interact during animal development and we found that these equations explain the patterning of these units."

Researchers also demonstrated how tweaking the inputs of Turing’s system can result in diverse scale patterns comparable to those seen in shark and ray species alive today. 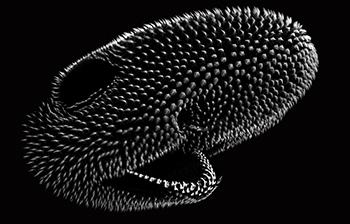 They suggest that natural variations to Turing’s system may have enabled the evolution of different traits within these animals, including the provision of drag reduction and defensive armour.

Rory Cooper, PhD student at the University of Sheffield, said: “Sharks belong to an ancient vertebrate group, long separated from most other jawed vertebrates. Studying their development gives us an idea of what skin structures may have looked like early in vertebrate evolution.

“We wanted to learn about the developmental processes that control how these diverse structures are patterned, and therefore the processes which facilitate their various functions.”

Scientists used a combination of techniques including reaction-diffusion modelling to create a simulation based on Turing's equations, to demonstrate that his system can explain shark scale patterning, when the parameters are tuned appropriately.

Mr Cooper added: “Scientists and engineers have been trying to create shark-skin inspired materials to reduce drag and increase efficiency during locomotion, of both people and vehicles, for many years. 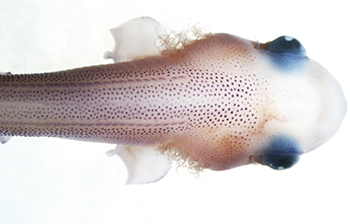 Patterning is one important aspect that contributes to achieving drag reduction in certain shark species. Another is the shape of individual scales. Researchers now want to examine the developmental processes which underlie the variation of shape both within and between different shark species.

“Understanding how both these factors contribute towards drag reduction will hopefully lead towards the production of improved, widely applicable shark-inspired materials capable of reducing drag and saving energy,” added Mr Cooper.

Sheffield is the only university to feature in The Sunday Times 100 Best Not-For-Profit Organisations to Work For 2018 and for the last eight years has been ranked in the top five UK universities for Student Satisfaction by
Times Higher Education.