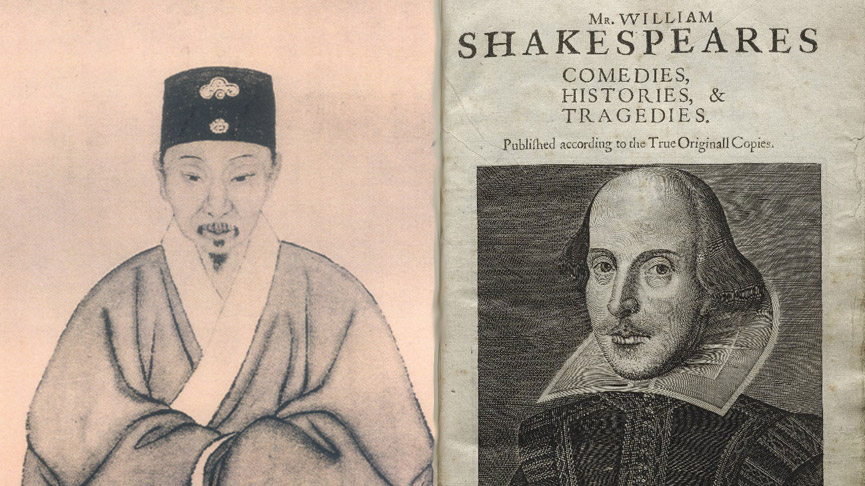 The University of Sheffield is set to strengthen its global partnerships with the launch of a major national competition aimed at budding playwrights, as part of celebrations for the 400th anniversaries of Shakespeare and the great Chinese dramatist, Tang Xianzu.

The competition, which marks the University of Sheffield's ongoing commitment to global humanities, will offer the winners the chance to see their creative skills taken from script to stage by receiving funding to perform in one of the three cities in China: Beijing, Shanghai or Nanjing.

Shakespeare and Tang Xianzu are playwrights of the same era. The two literary giants encapsulate their respective society and culture in their plays.

Entrants are invited to submit a 1,000 word proposal either for a new China themed or Chinese play performed in English, or any existing play performed in Chinese - both around 30-45 minutes long. As part of the proposal, entrants are requested to share their ideas on their creative approach to the drama, including staging style, design and costumes in about 300 words.

Deadlines for entries will be 15 July 2016 and the successful winners at the pre selection phase will be able to claim up to £500 for the production of the play after the competition, as well as additional transport costs.

The University has a long history of playwrights amongst its diverse alumnus, including Lucy Prebble, Jack Rosenthal and Stephen Daldry. Lucy, who won the PMA Most Promising Playwright Award while studying at the University, has since authored a host of plays including The Sugar Syndrome, as well as the television series Secret Diary of a Call Girl.

Contemporary dramatist Jack Rosenthal, who graduated from the University in 1953 with a degree in English Language and Literature, wrote nearly 130 early episodes of the ITV soap opera Coronation Street and over 150 screenplays, including original TV plays, feature films, and adaptations. In recognition of his talent, the University holds a collection of manuscript copies of most of the scripts created during his 40 year career.

Stephen Daldry, English Director and producer of film and theatre, who graduated with a BA in English Literature in 1984, made his feature film directorial debut in 2000 with Billy Elliot and has gone on to win several awards for his work, which has involved an array of Hollywood stars.

Stephen was chairman of Sheffield University Theatre Company (SuTCo) during his time studying and joins hundreds of current and former students who have rehearsed at the University’s first class Drama Studio, which features a 200 seat theatre, three rehearsal studios and other production facilities. The Drama Studio has been at the centre of the performing arts community for both the University and the local area for more than 40 years, with the most varied and busy programme of drama, dance, opera and music in the city.

Submissions for the competition will be reviewed by an eminent panel of judges which is expected to include a playwright and stage director from Shanghai, among others.

This year marks the 400th anniversary of the death of William Shakespeare. But in 1616, 5,000 miles from Stratford-upon-Avon, the great Ming Dynasty playwright Tang Xianzu also died. The 1616: Shakespeare and Tang Xianzu Festival is just one of a host of celebrations being held to honour Shakespeare and his Chinese contemporary Tang Xianzu - the greatest playwrights of their respective theatres.

The Festival itself will be broken down into two parts: Shakespeare and Tang Xianzu in dialogue: a series of conversations and the theatre competition. For the first project, the aim will be to hold a public fora at a series of universities between leading specialists on Tang Xianzu and Shakespeare, as well as public talks about the experience of a Chinese playwright.

Dr Lucy Zhao, Director of the University of Sheffield's Confucius Institute, said: “Shakespeare and Tang Xianzu are playwrights of the same era. The two literary giants encapsulate their respective society and culture in their plays. We look forward to watching how today's students interpret and reproduce Renaissance England the Ming Dynasty China. It is going to be fascinating to see how the two cultures differ, but more importantly to see how the Chinese and British people share the same emotions and aspirations in life more than 400 years ago and 5000 miles apart.”

The competition forms part of the university's ongoing links with China and Chinese culture, through research partnerships and cultural studies. Earlier this year, the University of Sheffield’s Confucius Institute for the promotion of Chinese language and learning was recognised for this commitment and named global Confucius Institute of the Year.

The University of Sheffield was one of the first universities in the UK to host a Confucius Institute,  which offers a programme of activities and classes designed to give staff, students and the local community a fascinating insight into Chinese language and culture, as well as offer language courses for businesses that are members of the Sheffield Chamber of Commerce. It has also helped organise Chinese business seminars as part of the MADE festival and played a key role with Sheffield City Council and the Doncaster Chamber of Commerce on trade delegations.

The University of Sheffield has been a home for students from China for over 100 years, with the first graduation of a Chinese student from the University in 1906. It is now home to Chinese undergraduate and postgraduate students in all faculties from engineering and medicine to architecture and law.

Professor Sir Keith Burnett, Vice-Chancellor at the University of Sheffield and the recipient of an award from the Chinese government for his personal contribution to the understanding of Chinese language and culture, said: “I am genuinely delighted to see the launch of this competition which will create a tremendous opportunity for new writing and reflection on the relationship between the UK and China, inspired by the insights of our greatest thinkers and writers who have done so much to shape our view of ourselves and the world. The University of Sheffield is deeply proud of our work as a global community of scholarship which builds bridges of understanding between people and nations in everything from science and engineering to medicine and the arts.

“Giving this opportunity for new writers to reflect on our identity and society is a wonderful way to engage with one another, and to do what literature and drama does best – to show us ourselves and ask us to reflect on what this means for our society. I am really looking forward to seeing the talent I know will emerge through this process.”

For details on how to enter and more information on competition guidelines, visit: https://www.shef.ac.uk/confucius/events/index

University of Sheffield links with China

The University also works in partnership with a number of leading Chinese universities, including Nanjing University, Beijing Language and Culture University and Tongji University.

The University of Sheffield is working closely with the UK Government's Department for Trade and Industry to pilot placements for Chinese students in local SMEs, helping those companies gain invaluable experience in working with China. The scheme was launched in Sheffield in November by the Minister of State for Trade and Investment, Lord Livingston.

The University is also working closely with Chinese companies on advanced manufacturing related to low carbon energy, including in relation to the UK government's partnership with China to develop the next phase of civil nuclear energy production in the UK.

Films produced by The University of Sheffield to help Chinese students understand more about how to apply to study in the UK are now launched in parliament with the support of the UK Government and the Chinese embassy in London. The films are now used by more than 100 universities working with potential students and form part of the University's #weareinternational campaign with its Students' Union to highlight the value of international students to the UK. The campaign was recently named winner of the Times Higher Education International Student Strategy of the Year.

About the Confucius Institute

Confucius Institutes are non-profit public institutions affiliated with the Ministry of Education of the People's Republic of China to promote and teach Chinese language and culture around the world.

The first institute was opened in Seoul, South Korea, in 2004 and there are now over 480 Confucius Institutes in dozens of countries on six continents.

With almost 27,000 of the brightest students from over 140 countries, learning alongside over 1,200 of the best academics from across the globe, the University of Sheffield is one of the world’s leading universities.
A member of the UK’s prestigious Russell Group of leading research-led institutions, Sheffield offers world-class teaching and research excellence across a wide range of disciplines.