Homeless people in England die 30 years younger than the national average according to the most comprehensive study ever on mortality and cause of death in people living rough, in hostels and night shelters, by the University of Sheffield. 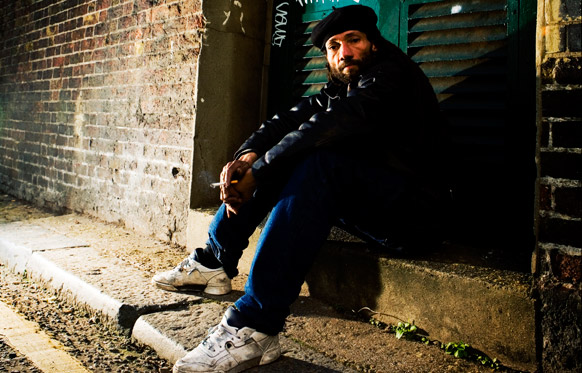 Following the research, Crisis – the national charity for single homeless people who commissioned the study – have called for NHS restructuring to consider the needs of people living on the streets.

The report, titled Homelessness Kills: a study of the mortality of homeless people in England in the 21st century was carried out by Dr Bethan Thomas of the University of Sheffield's Department of Geography.

Drawing on different datasets, Dr Thomas analysed more than 1,700 deaths in England for the period 2001-2009 to estimate the average age of death not just for rough sleepers, as previous studies have, but for the wider homeless population, including those who reside in night shelters and homeless hostels

The report stresses that the upcoming restructure and reform of the NHS as well as the new duty to reduce health inequalities provide an opportunity to tackle these failings and create a health service that truly works for homeless people.

In light of the findings, Crisis has launched a new campaign, Homelessness Kills, calling for:

• The delivery of mainstream health services to be reformed to better meet the needs of homeless people, for example ensuring that vulnerable homeless people are easily able to register with GPs and that no-one is discharged from hospital without accommodation and support.

Leslie Morphy, Crisis chief executive, said: “Homeless people are amongst the most vulnerable in our society and it is clear that despite significant investment in the NHS they are not getting the help they need to address their health issues. The Government and health services must do more to improve the health of single homeless people and ensure they can access mainstream and specialist services. If they don’t then we fear homeless people will continue to die much younger than the general population.”

Crisis is the national charity for single homeless people. We are dedicated to ending homelessness by delivering life-changing services and campaigning for change. Our innovative education, employment, housing and well-being services address individual needs and help people to transform their lives. We are determined campaigners, working to prevent people from becoming homeless and advocating solutions informed by research and our direct experience. We have ambitious plans for the future and are committed to help more people in more places across the UK. We know we won’t end homelessness overnight or on our own. But we take a lead, collaborate with others and, together, make change happen.