Major reports tackling the challenges faced by children and ensuring they have the best chances in life, produced by emerging leaders in policy with academics from the University of Sheffield, have been launched at an event in London. 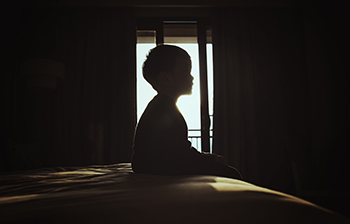 The Crook Public Service Fellowships at the University of Sheffield provide the opportunity for future leaders in public and not-for-profit sectors to immerse themselves in a collaborative project with academic colleagues on a pressing policy issue or challenge.

Issues explored in the reports include the effectiveness of early intervention, single parent families, the role of voluntary organisations in supporting and monitoring young carers and the services provided for young people leaving care.

The reports were launched at an event at the Wellcome Collection last night (25 October 2018).

Professor Gill Valentine, Interim President and Vice-Chancellor at the University of Sheffield, said: "The Crook Public Service Fellowships are a fantastic opportunity for future leaders in policy to combine their practical experience with academia to identify solutions to some of society's biggest challenges.

"We're extremely grateful to Professor Crook for his generosity and support of this scheme, which reflects his deep commitment to public service."

Professor Crook said: “I am delighted to see how the Crook Fellowships have achieved what I wanted to see when we set these up. They are helping to build strong collaborations between academic colleagues and Crook Fellows working in the policy and practice communities.

“The fundamental aim is to help make the world a better place through rigorous research on difficult policy challenges. These reports show what we can do through building strong links between academics and policy makers.”

Next year’s cohort of Crook Public Service Fellows will address the highly pressing theme of ‘Disability and Disadvantage’ alongside academics from the University of Sheffield’s Faculty of Social Sciences.

More than 10 million people in the UK have a limiting long term illness, impairment or disability, which is over 18 per cent of the population – yet there remain a number of barriers and obstacles faced by disabled communities where fresh thinking and insights could have real impact.

Each Fellow will visit Sheffield for short periods over the next 12 months to work in collaboration with academic colleagues on a diverse range issues affecting people with disabilities.

Find out more about the Crook Public Service Fellowships

The Crook Public Service Fellowships at the University of Sheffield provide the opportunity for future leaders, in public and not-for-profit sectors, to take short periods away from their day job and immerse themselves in a collaborative project with academic colleagues in the Faculty of Social Sciences on a pressing policy issue or challenge.

Professor Tony Crook is an Emeritus Professor at the University of Sheffield and donor for the Fellowship scheme. He served as Pro-Vice Chancellor for a decade until 2008 and was awarded a CBE in 2014 for his service to housing. Professor Crook has been Chair of Shelter and Sheffield Homes and has also held senior roles with Orbit Housing Group and the Coalfields Regeneration Trust. He serves on the RTPI Board and on the national council of the Academy of Social Sciences. The scheme has been established and named in recognition of Professor Crook’s commitment to public service and to reflect his support for the Fellowships.

The new cohort of Crook Fellows is: