Maths students have the solution for decorating the perfect Christmas tree

If you've gone overboard while decorating the Christmas tree this year and it's more gaudy than great then maths students from the University of Sheffield may have the answer. 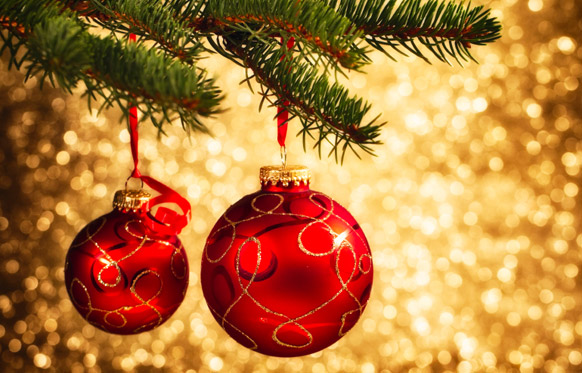 Members of Sheffield University Maths Society (SUMS) have created a festive formula to ensure just the right ratio of lights, tinsel and baubles are used to give your Christmas tree the perfect look.

Using their 'treegonometry' calculations they say a 152cm (5ft) Christmas tree would need 31 baubles, around 776 cms of tinsel and 478 cms of lights with a 15cm star or angel to top it off. 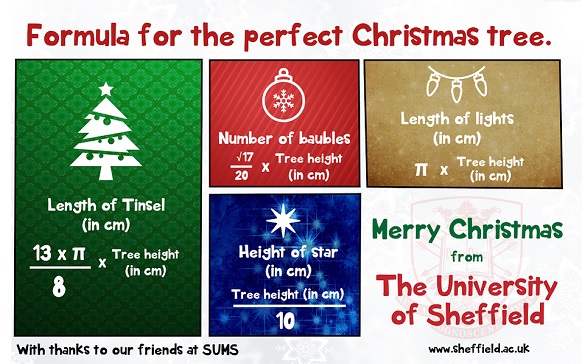 So whether it's a Norwegian Spruce or an artificial tree, use the calculator to make sure you have the right number of decorations and your home is a winter wonderland this Christmas.