Charity begins at home in the UK, new research finds

Most of the charitable expenditure in England and Wales is by causes which operate in the UK alone, according to new research by the Universities of Sheffield and Manchester. 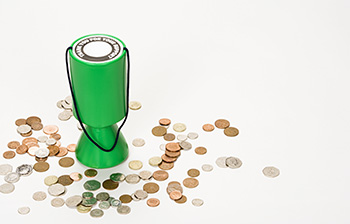 A study shows that of the £68 billion spent by the charitable sector in England and Wales in 2015, £53 billion (78 per cent) was by charities whose remit is solely in the UK. In contrast, only £2.9 billion was spent entirely overseas.

Development charities’ spending constituted less than ten per cent of all charitable expenditure.

Professor Brockington said: “The vast majority of charitable money is spent by charities which only operate in this country. Charity clearly already begins at home.

“When people say that we need to do less abroad and more at home I wonder if they realise what the current distribution is.

“Charity should begin at home – but should it also end there? It’s important to contextualise the international narrative against the national picture and this research does just that.”

The report, which tracked the finances and activities of 898 development NGOs based in England, Wales and Scotland, found:

The vast majority of charitable money is spent by charities which only operate in this country. Charity clearly already begins at home.

Professor Brockington said: “We were surprised by the growth in numbers, income and expenditure that our data showed. Our understanding of the general mood music was that support for international development was waning and we expected the figures to show that. But the growth in public funding shows how effective development NGOs can be in getting their message across, as well as how generous their supporters are.”

He added: “This is a fascinating project which pushes boundaries of our understanding of the development NGO sector. It has already yielded important insights into recent financial trends. It could do much more as we work with colleagues and partners in the sector and academia.”