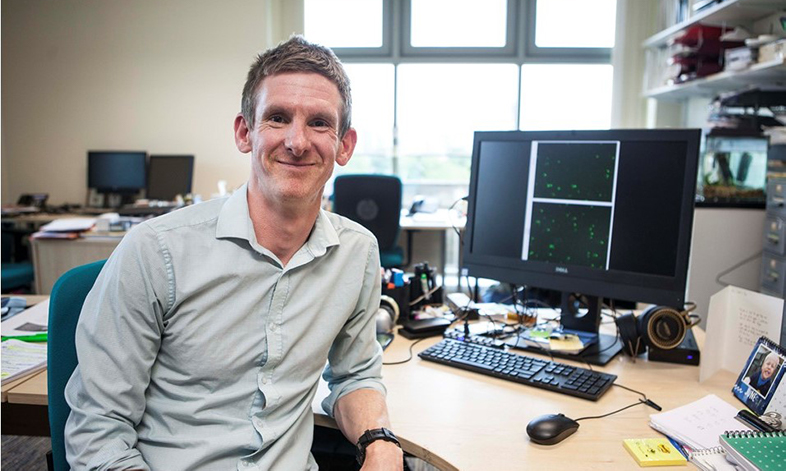 Researchers at the University of Sheffield have identified a new pathway that is disrupted in motor neurone disease (MND), a discovery which could pave the way for new treatments.

The scientists from the University of Sheffield’s Institute for Translational Neuroscience (SITraN) discovered the loss of a key enzyme that could have major consequences for how the central nervous system copes with ageing, stress and loss of energy metabolism.

MND, also known as amyotrophic lateral sclerosis (ALS), is an adult onset disorder involving loss of motor neurones that control skeletal muscles. At some point in a patient’s life, their motor neurones start to die, leading to muscle wasting and eventually death – typically within two years of diagnosis.

Disruption in the ability of central nervous system to create energy is thought to be a major contributing factor to the disease and could influence disease progression rates. Six people every day die of the disease in the UK and there is currently no cure.

The Sheffield scientists led by Dr Scott Allen, Dr Laura Ferraiuolo and Professor Dame Pamela Shaw from SITraN, used a method previously developed by Drs Ferraiuolo and Meyer in the USA to take skin cells from patients, reprogramme them into brain cells and observe them to identify novel pathways of metabolic dysfunction, which has never been done before.

Working in collaboration with the US-based company Biolog, Inc., a world leader in cell analysis, they employed a metabolic scanning technology to look for and find differences in the metabolism of astrocytes from MND patients. Astrocytes are star-shaped brain cells that play a key role in supporting motor neurones by acting as a crucial source of energy in the central nervous system.

Dr Allen, who is a Motor Neurone Disease Association funded Senior Research Fellow, found that cells from MND patients had reduced ability to turn a metabolic substrate called adenosine into energy due to loss of a key enzyme called adenosine deaminase.

The consequence of this loss could be a toxic build-up of adenosine in the central nervous system and subsequent loss of inosine production, a metabolic intermediate that is generally protective. Until now, the link between MND and inosine production through the loss of adenosine deaminase had not been made. When Dr Allen fed the brain astrocytes inosine, energy production increased and the patient’s astrocytes became more supportive towards motor neurones, helping them live longer.

“We are really excited about this set of results as no one has implicated adenosine deaminase in MND before,” said Dr Allen.

“Our results indicate that the higher the level of adenosine deaminase, the greater the protection against adenosine mediated toxicity and the greater support towards motor neurones when given inosine.

“Although we are at an early stage, I think increasing adenosine deaminase levels, combined with inosine supplementation has the potential to slow down disease progression in MND patients. But a lot of further testing in the laboratory has to be performed.”

He added: “We have had fantastic support from Biolog and the work would not have been possible with charitable funding from Neurocare and the Motor Neurone Disease Association. I am looking forward to following up on these exciting results.”

Altering the level of adenosine deaminase by gene therapy has previously been shown to be beneficial and safe in patients suffering from severe combined immunodeficiency disease. Inosine is a safe and readily-available nutritional supplement, which has been successfully tested in Parkinson’s disease patients. There is therefore hope that, in the future, this combination of treatment could work in people with MND, improving their quality of life and helping them live longer.

Dr Barry Bochner, Chief Executive Officer of Biolog, said: “The Biolog cell analysis technology was developed with the intent of providing scientists with a new approach for comparing normal versus disease cells to look for differences that could underlie the deficiencies.

“Credit goes to Dr Allen for being one of the first to set up an excellent cell model and then employ the Biolog technology strategically.”