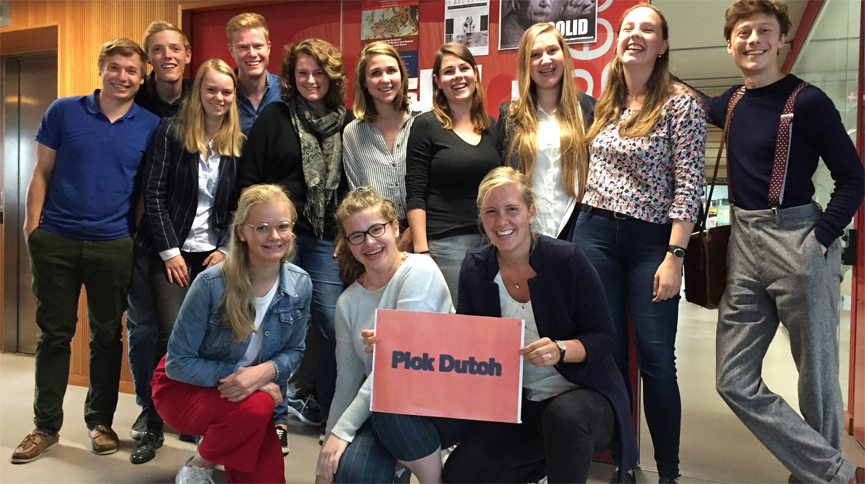 Staff and students at the University of Sheffield are celebrating the 70th anniversary of Dutch Studies being taught at the institution this month.

The celebrations, led by the University’s Faculty of Arts and Humanities, will see Dutch and Flemish diplomats head to Sheffield alongside academics and postgraduate students from four different continents. They will explore the language, history and culture of the Low Countries in an international context.

Launched in the University’s School of Languages and Cultures in June 1948, Dutch Studies at Sheffield grew to be the biggest Dutch languages section in the Anglophone world. Dutch is the 6th most requested language by employers in the UK, according to a recent report on languages skills needed in the country.

Students can take Dutch Studies as part of a Modern Languages and Cultures degree at the University. They can start at either beginner or intermediate level as well as study the history, culture and linguistics of the Low Countries.

In the past 70 years, students from the University’s School of Languages and Cultures who have studied Dutch Studies as part of a degree have gone on to develop successful careers in a range of industries in the UK, Low Countries and throughout the world.

Christina Barningham, who studied both her undergraduate and postgraduate degrees at Sheffield first worked with NATO in Brussels and is now working for the UK government in Whitehall. Aimee Hardy, another Dutch Studies graduate, worked for the Anne Frank Trust and is now teaches Dutch. She also blogs on Dutch literature on the European Literature Network website.

Dr Henriette Louwerse, who leads Dutch Studies at the University of Sheffield, said: “Spoken across the Netherlands, Flanders, Surinam and parts of the Caribbean, Dutch is one of the most useful languages that students can learn in the UK.

“The Netherlands are a top export and import destination for the UK, so having people with Dutch language skills is going to be even more important in a post-Brexit world.

“Being able to speak more than one language has never been more essential and valuable than it is today for developing a career and building connections between people and nations – people with multiple modern languages and with the cultural awareness that comes with language study are the lubricant of the world.”

She added: “The Dutch and the Flemish are internationally-minded and outward looking, but they also have a real pride in their own national identity. The Netherlands and Flanders have made huge contributions to literature, politics, the visual arts, architecture and sport, and Amsterdam is one of the world’s great capital cities along with fantastic cities such as Bruges, Ghent and Antwerp.

“Over the last 70 years, Sheffield languages students who have taken Dutch have had opportunities to study abroad as part of their degree, work on real life translation projects for Dutch artists and companies and take internships in the Netherlands.

“Combining all of this with other languages that our students learn as part of their degree has helped them to develop successful careers all over the world. We’re looking forward to welcoming some of our graduates back to Sheffield as part of the 70th anniversary celebrations.”

Picturing Reality, the 12th Biennial Conference of the Association of Low Countries Studies, is being held at the University of Sheffield from 28 – 30 June 2018.

Study Modern Languages and Cultures at the University of Sheffield