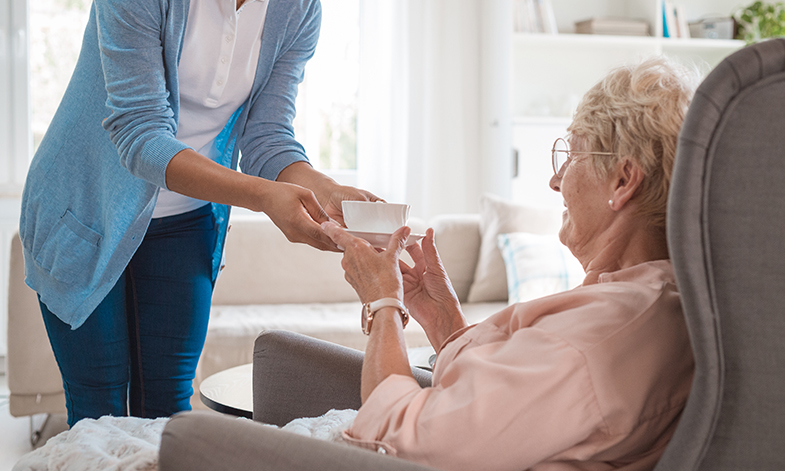 People who look after loved ones nearing the end of their lives should be entitled to up to six months paid time off work and safeguards for their job so they can return to work, according to academics from the University of Sheffield’s School of Nursing and Midwifery.

The experts are seeking to support family caregivers with new research published in Palliative Medicine.

The research has resulted in a new, simple guide which takes the hard work and confusion out of identifying the different types of financial support available for those caring for people approaching the end of life.

Dr Clare Gardiner, Senior Research Fellow from the University of Sheffield Health Sciences School, said: “Family caregivers often report that they take on considerable financial burdens and feel unsupported in their role, which impacts their ability to provide care.

“The costs family members take on when caring for a relative cover almost all aspects of daily life, from transport costs to hospital appointments, changes to working hours and employment resulting in loss of earnings, or even changes to housing or educational circumstances.”

It is estimated that there are on average 500,000 family carers looking after a relative at the end of their life each year in the UK alone, and the value placed on their care, which would otherwise be done by the NHS, was valued at £132 billion – close to the annual cost of health spending in the UK in the year 2014-2015.

“While caring for a relative at the end of their life may be one of the most selfless acts of kindness we take on for our families, we can't forget that the cost of time spent caring itself provides a valuable service to society, and ultimately reduces the financial burden on the NHS,” Dr Gardiner added.

Family caregivers take on the majority of in-home care in the last 12 months of a patient's life, but this can be expensive and accessing help and support can be complicated and time-consuming.

Even though support is available, little is known by the public about the range and adequacy of financial support, welfare and benefits for carers. The full study evaluated six countries with similarly performing healthcare systems and found that the amount of support varies between the UK, Canada, Australia, Ireland, New Zealand and the United States.

Financial support in the UK is not centralised, so many different agencies provide different types of support with differing eligibility criteria, and very little of the support available is targeted at people caring for those approaching the end of their life.

The study found there are also limited opportunities to support working carers to remain in employment while receiving any kind of benefits, alongside an inequity in provision itself. Those caring for relatives with a terminal cancer diagnosis were more likely to be in receipt of benefits than carers looking after patients with other conditions approaching the end of their lives.

“These barriers can cause significant financial hardship for carers,” said Dr Gardiner. “Because of this it is vital that their contribution should be recognised and carers helped to access the right support, as they can find getting help and navigating eligibility criteria confusing and difficult.”

Dr Gardiner said the new study offers significant potential for policymakers to learn examples of best practice from other countries’ experiences within a complex and evolving policy area, particularly with regard to the scope of financial support and how it is organised for different groups of carers and patients.

“A great example is the Canadian Compassionate Care Benefit for caregivers of patients at the end of life,” she said. “This benefit entitles carers to up to six months off work on a reduced wage, and safeguards their job for when they return.

“This offers a great deal of reassurance for family caregivers facing the prospect of having to give up paid employment to care for a dying relative.”

People in the UK are able to take some time off work for compassionate reasons, but the law does not state a set amount of time, and there is no guarantee of being paid. It is usually down to employers to decide what a ‘reasonable amount of time’ consists of, and that can vary dramatically, and is often unpaid.

There are numerous benefits to supporting people to remain in work, giving people the ability to work flexibly, or take a set amount of time off while providing either a benefit or reduced wage to help with associated costs.

“In the short term this approach may require some government investment,” said Dr Gardiner. “But in the long run it provides huge economic benefits as people are more likely to remain in work, or return to work after caring. It's not just about providing welfare, it's about recognising the valuable service family caregivers contribute to our society.”