Epigenetics: how the ‘dark matter of biology’ could help in the fight against plant diseases 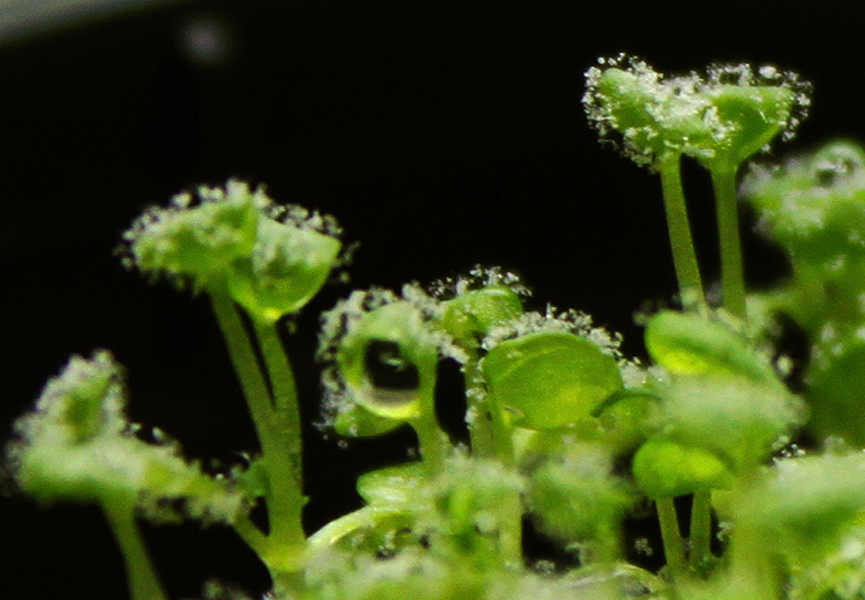 A new insight into how plants are able to epigenetically pass on resistance to their offspring in order to strengthen their immune system against pests and diseases has been discovered by scientists at the University of Sheffield.

Published in eLife, findings from the research could be used to help reduce our reliance on pesticides and protect important food crops from plant disease.

Results from the study provide new conclusive evidence that selected DNA loci with reduced methylation have the ability to pass on disease resistance to following generations. This inheritance occurs epigenetically, meaning that it is not caused by changes in DNA sequence.

Conducted in collaboration with researchers from PSL University in Paris, France, the Technical University of Munich, Germany, and La Trobe University, Australia, the study’s findings are a significant step forward in providing new evidence to the long-disputed theory that organisms are capable of inheriting complex traits independently of changes in DNA methylation.

The research, which has been conducted in the University of Sheffield’s P3 Centre – a centre of excellence for translational plant science, has identified specific methylated loci in the centre of the plant’s chromosome that control the sensitivity of defence genes across the plant’s genome.

The four loci were found to control quantitative disease resistance against downy mildew – a pathogen that is a common disease to various plant species and that is taxonomically related to the cause of the Great Irish Famine in 19th century.

Importantly, this resistance was not associated with any negative effects on growth or resistance against other environmental stresses.

Findings from the study pave the way for further research into how epigenetics can help to improve disease resistance in food crops.

Professor Ton said: “It is likely that plants have multiple epigenetic mechanisms to control their immune system, but what is important about our research is that we have identified key loci of DNA methylation at the centre of the plant’s chromosomes, which control heritable disease resistance by influencing the responsiveness of defence genes across the plant’s genome.

“The study highlights how plants use a potentially reversible biochemical modification to DNA to pass on resistance to their offspring, in order to make them better capable of fighting off disease. We now hope to use this study to carry out further research to understand how these epigenetic loci control so many different defence genes. We are also keen to participate in more translational studies, in order to find out whether epigenetics can be used to prime disease resistance in crops that are vital to food supplies around the world.”

He added: “Scientists have debated for years whether and how plants are capable of passing on defence traits to their offspring via epigenetic mechanisms – we hope that our study helps to add clarity to the field of epigenetics, which in many ways can be regarded as ‘the dark matter of biology’. We also hope that our study motivates translational research to determine how far epigenetics can be exploited in the global fight against plant diseases.”

The P3 Plant Production and Protection Centre at the University of Sheffield is a centre of excellence for plant and soil biology that aims to translate its basic research into sustainable solutions for crop production and protection, often via partnership with agricultural industry.

Animal and plant scientists at Sheffield study in locations from the Polar Regions to the tropics, at scales from within cells up to entire ecosystems. Their research aims both to understand the fundamental processes that drive biological systems and to solve pressing environmental problems.

For more information on studying at the University’s Department of Animal and Plant Sciences, visit: https://www.sheffield.ac.uk/aps/index

The research paper, Identification and characterisation of hypomethylated DNA loci controlling quantitative resistance in Arabidopsis, is published in eLife. To access the paper, visit: https://doi.org/10.7554/eLife.40655