Charles Darwin’s theory on evolution still holds true despite lower mortality and fertility rates in the modern world, according to new research by the University of Sheffield. 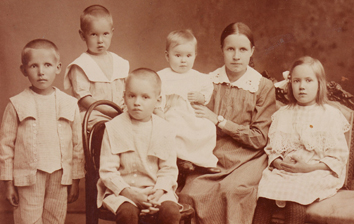 The study, carried out in Finland, observed that while only 67 per cent of children born in the 1860s survived to adulthood the figure rose to 94 per cent during the 1940s. At the same time, people went from having an average of five children to 1.6 children during their lifetime.

But despite artificial influences the study found genetic differences between humans are what continue to fuel evolution.

Dr Virpi Lummaa, from the Department of Animal and Plant Sciences at the University of Sheffield, and Dr Elisabeth Bolund, now at the Uppsala University in Sweden, used genealogical records collected from Finnish churches starting at the beginning of the 18th century and still being collected today. By assembling family trees over several generations of over 10,000 individuals, they could sort out how much of the variation in a trait is due to genetic influences and how much is due to environmental influences, and how the determinants of key traits for evolutionary success may have changed over the modernisation of society.

The study found that in the 18th and 19th centuries, about four to 18 per cent of the variation between individuals in lifespan, family size and ages at first and last birth was influenced by genes, while the rest of the variation was driven by differences in various aspects of their environment.

“This is exciting because if ge 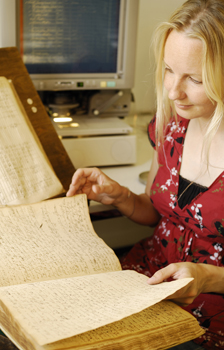 nes affected differences between individuals in these traits, it means they could also change in response to natural selection,” said Dr Bolund. “But we know that the environment has changed rapidly and dramatically, so we investigated the genetic basis of such complex traits and their ability to continue changing through evolution.”

The study showed that the genetic influence on timing of reproduction and family size tended to actually be higher in recent times. This means that modern human societies can still respond to selection, and genetic differences between us continue to fuel evolution.

“It is possible that we in modern societies have more individual freedom to express our genetic predispositions because social and normative influences are more relaxed, and this leads to the genetic differences among us explaining more of the reproductive patterns,” said Dr Bolund.

Complex traits like the ones in the study are each influenced by many different genes, while at the same time, several different traits can be affected by the same genes. The authors found that the genetic basis that is shared between the studied reproductive traits and longevity did not change over time.

“This is reassuring if we want to use current patterns of natural selection and genetic variation to make predictions of what will happen in modern human populations over the next few generations,” added Dr Bolund.

“Our results can help us when we want to predict population responses in the face of global challenges such as prevailing epidemics, ageing populations and decreasing fertility.”

The paper has been published online by the journal Evolution.

To read the research paper in full visit http://onlinelibrary.wiley.com/doi/10.1111/evo.12598/abstract