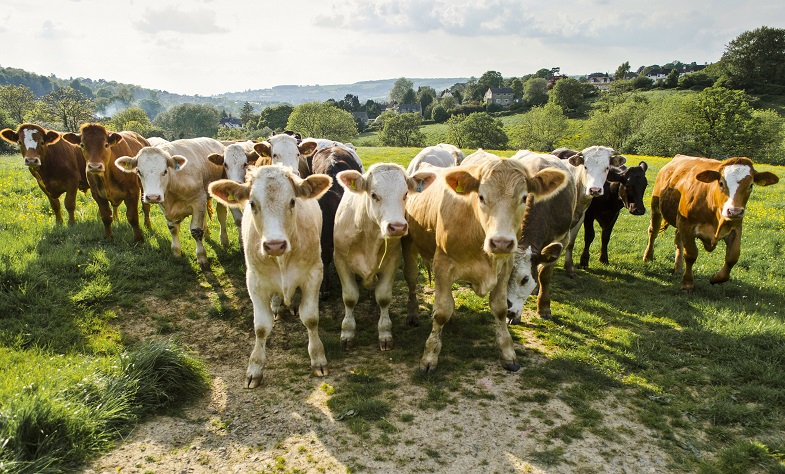 Agriculture that appears to be more eco-friendly but uses more land may actually have greater environmental costs per unit of food than “high-yield” farming that uses less land, according to a new study involving researchers from the University of Sheffield.

There is mounting evidence that the best way to meet rising food demand while conserving biodiversity is to wring as much food as sustainably possible from the land we do farm, so that more natural habitats can be “spared the plough”.

However, this involves intensive farming techniques thought to create disproportionate levels of pollution, water scarcity and soil erosion. Now, a study published today in the journal Nature Sustainability shows this is not necessarily the case.

Scientists have put together measures for some of the major “externalities” – such as greenhouse gas emission, fertiliser and water use – generated by high and low-yield farming systems, and compared the environmental costs of producing a given amount of food in different ways.

“Agriculture is the most significant cause of biodiversity loss on the planet,” said study lead author Andrew Balmford, Professor of Conservation Science from Cambridge’s Department of Zoology. “Habitats are continuing to be cleared to make way for farmland, leaving ever less space for wildlife.

“Our results suggest that high-yield farming could be harnessed to meet the growing demand for food without destroying more of the natural world. However, if we are to avert mass extinction it is vital that land-efficient agriculture is linked to more wilderness being spared the plough.”

The study analysed information from hundreds of investigations into four vast food sectors, accounting for large percentages of the global output for each product: Asian paddy rice (90 per cent), European wheat (33 per cent), Latin American beef (23 per cent), and European dairy (53 per cent).

Examples of high-yield strategies include enhanced pasture systems and livestock breeds in beef production, use of chemical fertilizer on crops, and keeping dairy cows indoors for longer.

The scientists found data to be limited, and say more research is urgently needed on the environmental cost of different farming systems. Nevertheless, results suggest many high-yield systems are less ecologically damaging and, crucially, use much less land.

For example, in field trials, inorganic nitrogen boosted yields with little to no greenhouse gas “penalty” and lower water use per tonne of rice. Per tonne of beef, the team found greenhouse gas emissions could be halved in some systems where yields are boosted by adding trees to provide shade and forage for cattle.

The study only looked at organic farming in the European dairy sector, but found that – for the same amount of milk – organic systems caused at least one third more soil loss, and take up twice as much land, as conventional dairy farming.

Co-author Dr David Edwards, Senior Lecturer in Conservation Science from the University of Sheffield, said: “Organic systems are often considered to be far more environmentally friendly than conventional farming, but our work suggested the opposite. By using more land to produce the same yield, organic may ultimately accrue larger environmental costs.”

Co-author Professor Phil Garnsworthy from the University of Nottingham, who led the dairy team, said: “Across all dairy systems we find that higher milk yield per unit of land generally leads to greater biological and economic efficiency of production. Dairy farmers should welcome the news that more efficient systems have lower environmental impact.”

The study authors say that high-yield farming must be combined with mechanisms that limit agricultural expansion if they are to have any environmental benefit. These could include strict land-use zoning and restructured rural subsidies.

“These results add to the evidence that sparing natural habitats by using high-yield farming to produce food is the least bad way forward,” added Balmford.

“Where agriculture is heavily subsidised, public payments could be contingent on higher food yields from land already being farmed, while other land is taken out of production and restored as natural habitat, for wildlife and carbon or floodwater storage.”

The study involved a research team from 17 organisations across the UK and around the globe, including colleagues from Poland, Brazil, Australia, Mexico and Colombia.