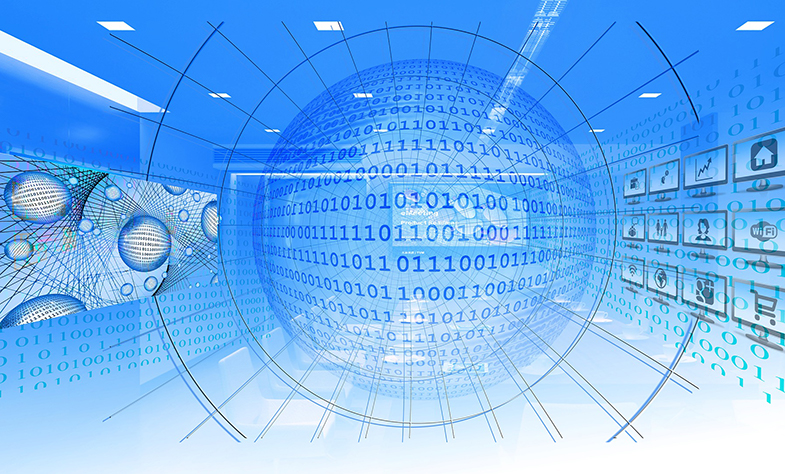 Researchers at the University of Sheffield have solved a key puzzle in quantum physics that could help to make data transfer totally secure.

The team have developed a way of generating very rapid single-photon light pulses. Each photon, or particle of light, represents a bit of binary code – the fundamental language of computing. These photons cannot be intercepted without disturbing them in a way that would alert the sender that something was amiss.

Transferring data using light passed along fibre optic cables has become increasingly common over the past decades, but each pulse currently contains millions of photons. That means that, in principle, a portion of these could be intercepted without detection.

Secure data is already encrypted, but if an ‘eavesdropper’ was able to intercept the signals containing details of the code then – in theory – they could access and decode the rest of the message.

Single photon pulses offer total security, because any eavesdropping is immediately detected, but scientists have struggled to produce them rapidly enough to carry data at sufficient speeds to transfer high volumes of data.

In a new study, published in Nature Nanotechnology, the Sheffield team have employed a phenomenon called the Purcell Effect to produce the photons very rapidly. A nanocrystal called a quantum dot is placed inside a cavity within a larger crystal – the semiconductor chip. The dot is then bombarded with light from a laser which makes it absorb energy. This energy is then emitted in the form of a photon.

Placing the nanocrystal inside a very small cavity makes the laser light bounce around inside the walls. This speeds up the photon production by the Purcell Effect. One problem is that the photons carrying data information can easily become confused with the laser light.

The Sheffield researchers have overcome this by funnelling the photons away from the cavity and inside the chip to separate the two different types of pulse.

In this way, the team have succeeded in making the photon emission rate about 50 times faster than would be possible without using the Purcell Effect. Although this isn’t the fastest photon light pulse yet developed, it has a crucial advantage because the photons produced are all identical – an essential quality for many quantum computing applications.

Mark Fox, Professor of Optical Physics at the University of Sheffield, explains: “Using photons to transmit data enables us to use the fundamental laws of physics to guarantee security. It’s impossible to measure or ‘read’ the particle in any way without changing its properties. Interfering with it would therefore spoil the data and sound an alarm.”

He added: “Our method also solves a problem that has puzzled scientists for about 20 years – how to use this Purcell Effect to speed up photon production in an efficient way.

“This technology could be used within secure fibre optic telecoms systems, although it would be most useful initially in environments where security is paramount, including governments and national security headquarters.”

The work was funded by the Engineering and Physical Sciences Research Council (EPSRC) and the crystals were produced at the EPSRC National Epitaxy Facility, based at the University of Sheffield. The team is now working with industrial partners to commercialise the technology.