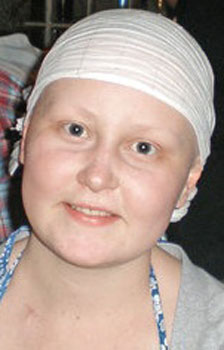 Young female cancer patients are unhappy about the way fertility preservation options are discussed with them by doctors before starting cancer treatment, according to a new study by researchers from the University of Sheffield and The Children's Hospital, Sheffield.

The pioneering study discovered that only 40 per cent of young female cancer patients were happy with the way their doctors discussed the options they had to preserve fertility, before undergoing chemotherapy or radiotherapy which can have a harmful effect on a patient's fertility.

Their views were collected anonymously using Who wants to be a millionaire? style handsets to answer questions projected onto a big screen. All questions were answered by both male and female cancer patients aged between 13 and 22 years old who had been treated for a variety of cancers in UK hospitals.

Steph Hayter, 23, from Hampshire was diagnosed with Acute Lymphoblastic Leukemia age 19. She said: “Having a family has always been important to me so when the doctors told me the treatment would damage my fertility I was devastated.

"I knew I needed to start treatment quickly but it would have been nice to be given some choice in the matter or at least the chance to talk to a fertility expert.

"Neither was offered and I felt like I had lost all control. It was as if health professionals didn’t think that it was a big deal because I was just a teenager; that made me feel silly for being so upset”.

The findings, published in Pediatric Blood and Cancer, revealed that in 2004 just 38 per cent of young female patients recalled their doctor talking to them about fertility preservation opinions, such as egg freezing, before starting treatment. 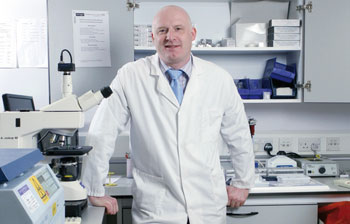 In 2011 this number grew significantly to 69 per cent; however a staggering 50 per cent of patients were unhappy about the discussion –effectively the same as in 2004.

Dr Allan Pacey, a fertility expert from the University of Sheffield's Department of Human Metabolism, said: "Fertility issues are important for cancer patients because some chemotherapy and radiotherapy treatments can lead to infertility.

"Whilst we have been banking sperm for cancer patients for over 30 years, we are only just able to start offering fertility preservation for females by banking eggs. However, unfortunately this is more complex to perform and is not a realistic option if cancer treatment cannot be delayed."

Researchers also discovered that the majority of young male cancer patients (64 per cent) were broadly happy with what was discussed with them with roughly the same percentage recalling their doctors talking through fertility issues with them before their cancer treatment started. 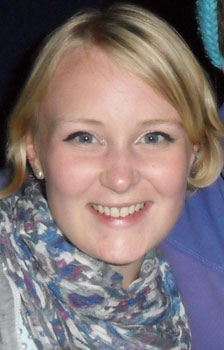 study highlights the need to discuss fertility issues with young patients, especially females, before treatment begins even if there are no options available for fertility preservation.

"Given the wealth of information that needs to be given before treatment begins, it is easy to see why fertility issues are sometimes not handled as well as they could be. While all oncologists aim to provide the best possible care to teenagers and young adults, this study has highlighted some important gaps which are clearly of key significance to patients."

The researchers suggest that collecting data in this way serves a bellwether providing an overview of practice across the UK and calls for a rethink of how fertility issues are discussed with young people diagnosed with cancer, both in terms of timing of discussions and their content.

The authors intend to conduct the survey again in 2018 with the same age group to see if the situation has improved.

Simon Davies, Chief Executive of Teenage Cancer Trust said: "Young people have a fundamental right to be made aware of the fertility problems cancer treatments can cause.

"Fertility is something many young people won't even have considered yet and it is incredibly important that these issues are discussed and that all options are understood. Health professionals have a duty to give clear information about all the long term effects of treatments and hopefully this work will help keep this front of mind for those working with young people with cancer."

Teenage Cancer Trust
Around seven young people aged between 13 and 24 are diagnosed with cancer every day in the UK. They need expert treatment and support from the moment they hear the word ‘cancer.’ Teenage Cancer Trust are the only charity dedicated to making this happen.
TCT