‘Out of This World’: First Briton in space delivers first Convocation Lecture 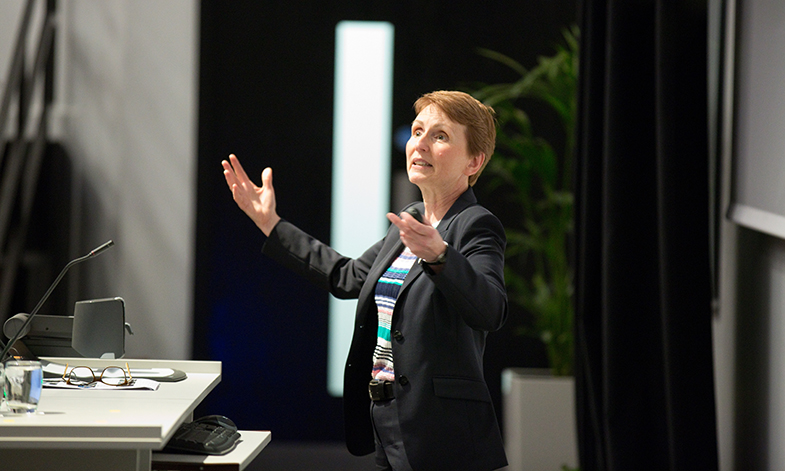 Her talk, titled ‘Out of this World,’ was delivered to an audience of University of Sheffield alumni at The Diamond (Wednesday 6 June).

Dr Sharman, who graduated from the University of Sheffield with a Bachelor of Science degree in Chemistry in 1984, took the audience on a journey into space. She described the training and preparation, what it is like living and working in space and what the future of space travel might hold.

It is always good to be back in Sheffield and to see the latest changes to the city. I was delighted to give the inaugural Convocation Lecture and I look forward to many more Convocation lectures in the years to come

She became an Honorary Graduate of the University of Sheffield in 2017, in recognition of her outstanding achievements. It was also during this visit to Sheffield that she officially opened The Diamond building.

Dr Helen Sharman OBE said: “The Convocation audience was very friendly and it was a delight to see such a variety of people coming together to add a new experience to what they already share in their connections to the University.

“It is always good to be back in Sheffield and to see the latest changes to the city. I was delighted to give the inaugural Convocation Lecture and I look forward to many more Convocation lectures in the years to come.”

The Convocation Lecture is a prestigious lecture series for University of Sheffield alumni featuring some of the University’s most successful and world-renowned alumni. The lecture will take place every two years.

The lecture series has been created as a tribute to Convocation, the group which represented the alumni body for over a hundred years prior to the Alumni Board. 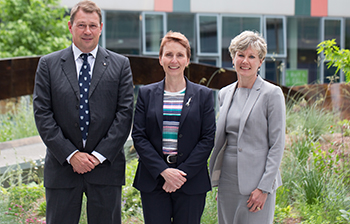 Professor Gill Valentine, Provost and Deputy Vice-Chancellor at the University of Sheffield, introduced the event whilst Richard Mayson, Chair of the Alumni Board, gave the vote of thanks.

Mr Mayson said: “In 2016 the newly formed Alumni Board agreed that the University should host a biennial lecture to be delivered by a well-known alumnus or alumna. This would serve to showcase the life and work of some of our distinguished alumni as well as bringing together alumni from all walks of life.

“We were of course delighted when Helen Sharman accepted our invitation to deliver the first Convocation Lecture as she originates from Sheffield, graduated from the University in 1984 and has the very considerable achievement of being the first Briton in space. We were very pleased to be able to welcome her back.”

Development, Alumni Relations & Events (DARE) works to sustain and grow the relationship between the University and the global community of alumni, donors and friends. These groups add value to the University and make a positive difference to learning and teaching, the student experience and to research.

In May 1991, aged just 27, Dr Sharman was selected for the Anglo-Soviet Project Juno mission after responding to a radio advertisement asking for applications to be the first British astronaut.

After undertaking 18 months of training, she became the first Briton to go into space and the first woman to visit the Mir space station. During her mission she was involved in various experiments about the effects of weightlessness on physical, chemical and biological systems.

Since graduating in 1984 with a Bachelor of Science in Chemistry from the University of Sheffield, Dr Sharman has become a leading ambassador for science and, in 1993, was honoured with an OBE for her pioneering accomplishments.

In the New Year Honours List 2018, she was awarded a rare and special honour, being made a Companion of the Order of St Michael and St George (CMG) for services to Science and Technology Educational Outreach.