The Sheffield Political Economy Research Institute (SPERI) is today (Wednesday 9 April 2014) urging a new Parliamentary inquiry into food poverty to consider the impact welfare reform is having on food banks in the UK.

Research by experts at the University of Sheffield raises the question of whose responsibility it is to protect citizens from hunger – the state or civil society.

Experts say the relationship between food bank use and the adequacy of social protection is a key question and should be a priority for the All-Party Parliamentary inquiry into hunger and poverty, which is holding a research summit today. 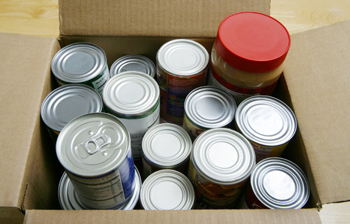 The last few years have seen rising numbers of food bank projects established and emergency parcels being distributed across the UK. The Trussell Trust Foodbank Network is the largest and most high profile network of local food bank projects, but there are also a range of independent food banking initiatives around the country.

During this period, the UK coalition government – in a continuation of Labour policies – has introduced several welfare reforms, which include but are not limited to: caps on levels of entitlement, the ‘spare room subsidy’ being introduced to housing benefit, longer waiting periods between unemployment and benefit eligibility and the establishment of local welfare assistance to replace the discretionary social fund.

Research by SPERI indicates that welfare reforms are having an impact on the need for food banks in two distinct ways: people are turning to them as a result of changes to entitlements which are leaving them worse off or inadequate processes which leave them without an income.

The report by the University of Sheffield’s Hannah-Lambie Mumford, from the Department of Geography, highlights an urgent need for policy-makers to consider the impact of welfare reform on food bank demand and calls for reviews into the adequacy of reformed social security income levels and the fairness and effectiveness of social security processes and local welfare assistance.

Hannah Lambie-Mumford said: “The relationship between welfare reform and food banks epitomises the evolving boundaries of responsibility for the prevention of poverty between state and civil society.

“There appear to be two likely lines of development in this regard. On the one hand, philanthropic food banking could become increasingly part of the welfare state, should local assistance schemes formalise referrals to food banks as part of their provision. However, this depends upon the state taking responsibility, perhaps tacitly, for such provision locally in some form.

“On the other hand, food banks may remain distinct philanthropic initiatives but find themselves working in the absence of the state. This possibility is raised by the potential for the abolition of local welfare assistance schemes, continued reductions in social security entitlements, and failures to rectify inadequate procedures and processes.”

The full report can be viewed at http://speri.dept.shef.ac.uk/publications/policy-briefs/

Today’s publication is the fourth in a new series of SPERI British Political Economy Briefs.

Through this series SPERI hopes to draw upon the expertise of its academic researchers to influence the debate in the UK on sustainable economic recovery.

The evidence presented in the report is based on qualitative data collected from Trussell Trust staff, local Trussell Trust Foodbank managers, managers of independent food banks associated with local networks and/or receiving food from FareShare (the surplus food redistribution charity) and one larger day project which serves hot meals and distributes food parcels (25 interviews in total). Content analysis of the 25 interviews undertaken as part of this research shows that: