Fully recyclable hanger could save 54 tonnes of plastic for every million used, research shows 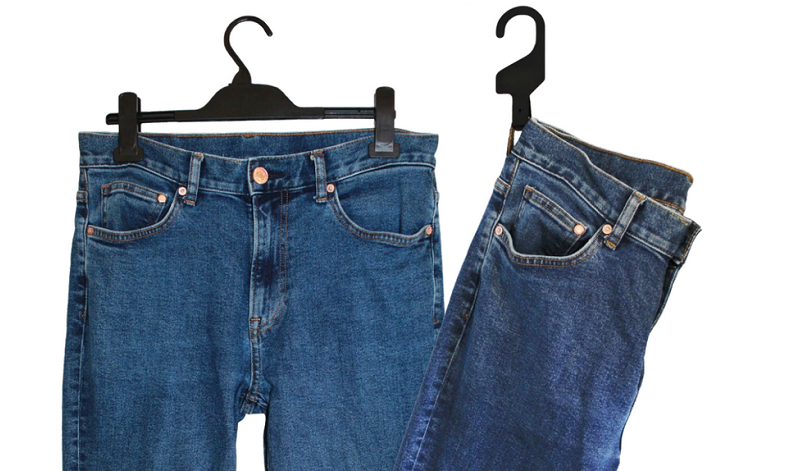 Retailers could save 54 tonnes of plastic for every million hangers they use by switching from clip hangers to a smaller, lighter, fully recyclable alternative, according to researchers at the University of Sheffield and FaraPack Polymers.

A team of experts has found that a Janger – a small, lightweight hanger made from a single piece of easily recyclable plastic – uses 60 times less plastic than a clip hanger, which tends to be made from five different materials, making it almost impossible to recycle.

A Janger weighs as little as 5.6g, while a clip hanger weighs on average 61g – and the research showed that this means a Janger uses just one seventh of the energy it would take to produce a traditional hanger and is four to five times more efficient to transport.

Each year, UK fashion retailers sell around 70 million pairs of jeans, with many displayed on clip hangers – most of which are used just once before being sent to landfill. The University of Sheffield’s research suggests that by switching to Jangers, the sector could save 3,780 tonnes of plastic and slash the carbon footprint of their hangers.

Professor Tony Ryan, one of the lead authors of the research from the University of Sheffield, said: “It might seem like a small change in the scheme of the fashion industry, but traditional hangers are an ecological nightmare. An enormous amount of energy goes into producing hangers and shipping them around the world – only for them to be dumped in landfill after a single use because they’re so difficult to recycle.

“Our research shows switching to a smaller, simpler, lighter alternative like a Janger could save energy and plastic, and help us shift towards the circular economy we need to protect the environment.”

Guy Taylor, Chief Executive of The Janger Limited, said: “Our company is 10 years old now and we have been evolving to ensure we do our bit for the environment. We have been working closely with the University of Sheffield to create what we believe is the most eco-friendly hanger in the marketplace and knocking hard on all major retailers’ doors to push for change.

“Not only do we all need to take responsibility for our planet’s future, but the big retailers need to have an open mind to work with small innovative companies that have a solution like ours which will help solve a worldwide problem. Our motto is ‘small hanger, big difference’. It’s time to make a change to save energy and cut plastic waste.”