Rock weathering by fungi in partnership with tree roots began hundreds of millions of years earlier than first thought, scientists at the University of Sheffield have found. 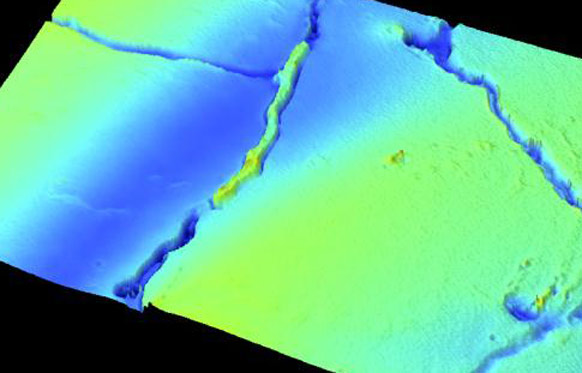 Over time the subsequent evolution of both the root associating fungi and their tree partners accelerated the processes which drive soil development and calcium release from continental rocks to the oceans, where it contributes to the regulation of Earth’s carbon dioxide levels over timescales of millions of years.

Researchers from the University’s Department of Animal and Plant Sciences and Kroto Research Institute discovered that the oldest root-fungus partnership found in the first trees 350 million years ago accelerates mineral alteration, suggesting that its effects on the Earth’s surface originated hundreds of millions of years earlier than previously recognised.

“What we then discovered, was that as both the fungi and tree types evolved, the weathering effect intensified, meaning forests and their fungal partners got better at weathering rocks as they evolved and diversified over millions of years.

“This process likely affected atmospheric CO2 concentrations in Earth’s deep past by driving calcium export from the continents into the oceans. The calcium is used by marine organisms, along with bicarbonate, to make calcium carbonate during shell making, for example.

“Calcium carbonate ultimately becomes limestone rock, like the White Cliffs of Dover. The carbon within the limestone then stays locked away inside the rock for millions of years, preventing the atmosphere from becoming too rich in CO2, until tectonic movement and metamorphism releases the carbon back into CO2 gas and it is returned to the atmosphere through volcanic venting.”

The researchers carried out their experiments at the UK’s National Arboretum at Westonbirt in Gloucestershire with mature trees representing those that populated the Earth’s early forests, as well as more recently evolved tree types that dominate large areas of forest on Earth today.

The Arboretum at Westonbirt provided the researchers with the ideal natural laboratory to make the first systematic assessments of the impact of tree and fungal evolution on rock weathering and mineral breakdown.

Dr Quirk added: “We knew that the appearance of forests 350 million years ago played a major role in shaping the Earth’s atmospheric CO2 concentration and climate, but now our exciting findings point to the mechanisms responsible for this defining phase in Earth’s history.

"Our findings highlight the importance of intensifying interactions between tree roots, soil-dwelling fungi and rocks as forests evolved in driving the processes that have fundamentally shaped the world we know today.”