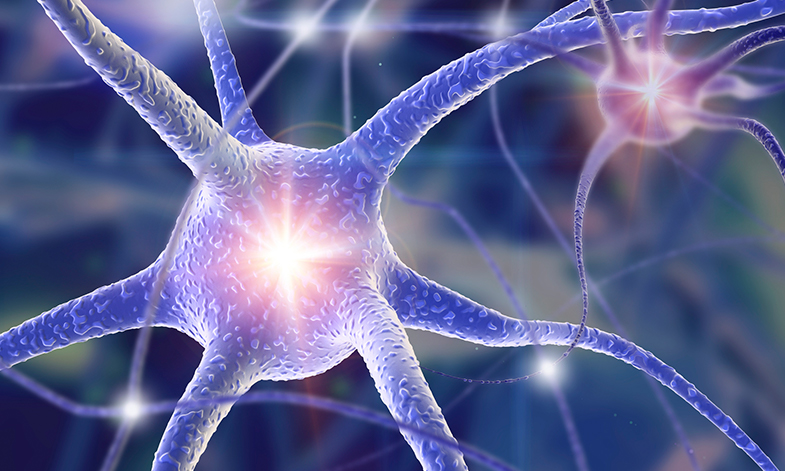 Scientists have discovered a new gene variation that causes motor neurone disease (MND) in a novel biological pathway that until now hasn’t been linked with neurodegeneration.

The findings for the pioneering study, conducted by a team of researchers from the Sheffield Institute for Translational Neuroscience (SITraN) and the NIHR Sheffield Biomedical Research Centre (BRC), could potentially help to identify completely new ways of treating MND which currently affects over 5,000 people in the UK.

MND, also known as Amyotrophic Lateral Sclerosis (ALS), is a devastating neurodegenerative disorder that affects the nerves – motor neurones – that form the connection between the brain and the muscles. The messages from these nerves gradually stop reaching the muscles, causing them to weaken, stiffen and eventually waste. The progressive disease affects a person’s ability to walk, talk, eat and breathe. Approximately 10 per cent of MND cases are inherited but the remaining 90 per cent are caused by complex genetic and environmental interactions which are not well understood – this is known as sporadic MND. There is currently no curative therapy.

Dr Johnathan Cooper-Knock, NIHR Clinical Lecturer at the University of Sheffield’s Institute for Translational Neuroscience (SITraN), explained the impact of the ground breaking research which is helping scientists to understand the fundamental genetic basis of MND.

“This new gene does not fit into a biological function that we already know is associated with MND,” said Dr Cooper-Knock.

“That means that this finding has potential to identify completely new ways of treating MND.

"The mutations found in patients were shown to be toxic to neurons and, when expressed in zebrafish they produced muscle weakness consistent with MND. This work strongly suggests that the mutations are the cause of MND in the patients where they were identified."

During the study, published today (26 February 2019) in the journal Cell Reports, researchers genetically sequenced tissue from two related patients with an unknown familial form of MND and found a mutation in the substrate binding region of a glycosyltransferase enzyme called GLT8D1. They went on to screen a larger sample of 103 patients, five of whom had this mutation. The study revealed a new genetic subtype of MND.

Professor Dame Pamela Shaw, Director of SITraN and the NIHR Sheffield BRC, said: “Genetic screening of MND patients is becoming increasingly important as we subclassify the disease and look for new therapeutic strategies.

“MND is a devastating disease, and what we need are more powerful therapies that protect motor neurons from injury and substantially slow down the progression of MND. Fundamental science breakthroughs, such as the discovery of this new gene that causes MND, are vitally important in helping us to understand the mechanisms of disease - paving the way to find potential new therapies.

“SITraN is one of the world-leading centres for research into MND. From basic neuroscience research pulled through to novel therapies and clinical trials, our aim is to improve the health and wellbeing of patients with MND and related neurodegenerative disorders and their families worldwide.”

Tobias Moll who worked on the study under the supervision of Dr Cooper-Knock and Professor Shaw is completing a Lee Newton PhD studentship with the NIHR Sheffield BRC Junior Academy. The NIHR Sheffield BRC is training 15 early career researchers supported by Clinical Fellowships and PhD Scholarships to work on translational neuroscience projects across chronic neurological conditions.

Tobias said: “It’s great to be part of an Academy while doing my PhD. Through my clinical and scientific colleagues, I get to see the wider context of my research. It is wonderful that I have had the opportunity to meet with patients whose medical condition I am working on, through the BRC and SITraN patient and public involvement groups. This is really inspiring and helps me to see where my research really has an impact.”