Britain’s recent summer washout could become a regular occurrence warns a University of Sheffield climate expert who is part of an international team which has revealed climate change has shifted Arctic winds causing our extreme weather. 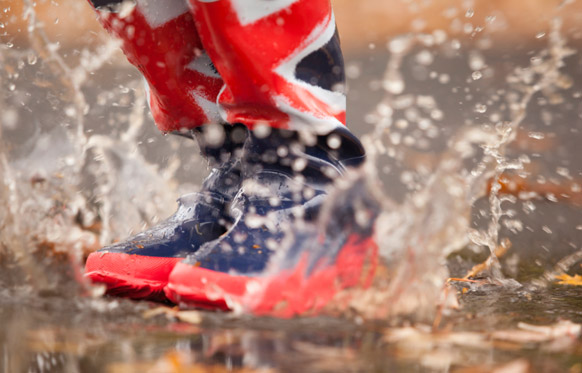 Following a study of the last six summers’ worth of climate data, researchers from the USA and Dr Edward Hanna of the University of Sheffield’s Department of Geography, have linked a change in summer Arctic wind patterns to global warming and an increase in the unpredictable weather.

Multiple processes, known as Arctic Amplification, including record low summer sea ice extent and thickness, and loss of Greenland ice arising from increased temperatures, have been related to shifts in wind patterns contributing to out-of-season weather in Western Europe, Greenland and North America.

Conversely, as the weather in the UK is getting poorer, in Greenland the unseasonal weather is warmer, drier and sunnier summers.

Dr Edward Hanna said: “It really puts global warming in the public eye. It's virtually impossible to predict the weather for any particular summer but we could have cooler, wetter summers on average in the UK because of this effect. That's not to say we won't get hot, dry summers but just that these might not be as frequent as you might expect from a straightforward global warming effect. There seems to have been a new regime in summer 2007 that has more or less stayed in place since.

“While global warming itself may pass unnoticed by many, its complex interactions with ice and snow in high latitudes are expected to alter atmospheric circulations that contribute to enhanced Arctic warming, further melt, and an increased probability of extreme weather events both in the Arctic and in mid-latitudes.”

By examining the wind patterns in the Arctic and subarctic in the early summer using powerful satellites and computer models, researchers discovered that the previously normal west to east flowing winds have been replaced by a wavier pattern.

Stronger winds have been blowing from the Bering Strait, across the North Pole, and out toward the Atlantic Ocean. These winds are transferring heat from the south to further north and pushing sea ice further north across the Arctic, resulting in the record loss of summer sea ice which was recorded in 2012. At the same time, unusually high pressure has prevailed over Greenland, setting up mild southerly airflow over the ice sheet and promoting increased melting of the land ice.

Dr James Overland, an oceanographer at the National Oceanographic and Atmospheric Administration (NOAA)’s Pacific Marine Environmental Laboratory in Seattle in America and lead author of the study said: “We show a change in the summer Arctic wind pattern over the past six years (2007-2012). This shift demonstrates a physical connection between reduced Arctic sea ice in the summer, loss of Greenland ice, and potentially mid-latitude weather.”

Furthermore, the experts are expecting increased summer ice retreats over the coming decades because of higher temperatures being forced over the Arctic. How the Arctic interacts with the chaotic nature of the jet stream flow farther south is different every year but with more heat energy going into the Arctic, there is some evidence to expect more extreme events in the future varying in location from month to month and year to year.

The research, which was carried out jointly by experts from NOAA, Rutgers University, University of Washington, and the University of Sheffield, is currently in press in the journal Geophysical Research Letters.