Study reveals why unique finches keep their heads of many colours 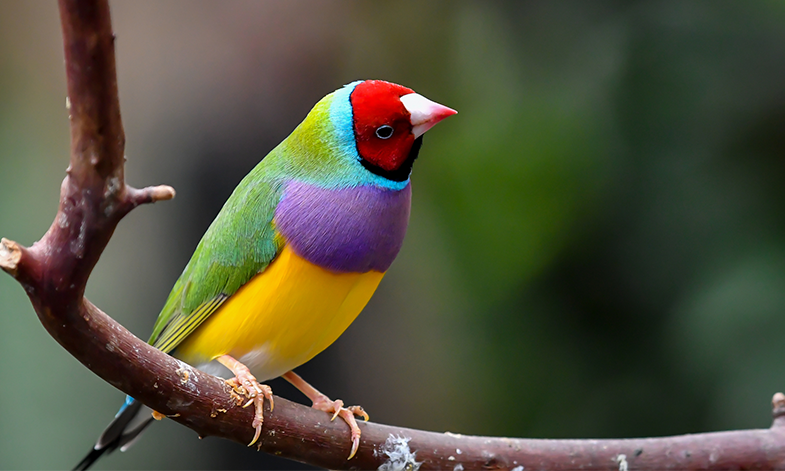 Scientists at the University of Sheffield have discovered how a highly-endangered rainbow coloured bird has maintained distinct colours for generations.

The Gouldian Finch has maintained three distinct colour types for thousands of generations – finches with red heads, black heads and yellow heads – something that is extremely rare.

Now, scientists from the University of Sheffield in collaboration with the Cornell Lab of Ornithology, have discovered the underlying mechanism that allows this to happen.

The findings published in Nature Communications reveal that a gene, called follistatin, regulates melanin to produce either red or black-headed finches.

However, the yellow-headed type, which make up less than one per cent of the Gouldian Finch population, is produced by a completely different mechanism that is not yet understood.

Lead author of the paper Kang-Wook Kim, from the University of Sheffield’s Department of Animal and Plant Sciences said: “Most people have heard of natural selection, but survival of the fittest cannot explain the colour diversity we see in the Gouldian Finch.

“We demonstrate that there is another evolutionary process - called balancing selection - that has maintained the black or red head colour over thousands of generations.”

The study shows that the red-headed finches are more dominant and preferred by female finches.

Yet the reason the black-headed finches haven’t disappeared is due to the fact there are disadvantages to the bird having a red head, such as higher levels of stress hormones and poorer reproductive outcomes.

Co-author of the paper David Toews, a PhD researcher at the Cornell Lab, said: “Having distinct colour types – a polymorphism – maintained within a species for a long time is extremely rare.

“Natural selection is typically thought of in a linear fashion – a mutation changes a trait which then confers some reproductive or survival advantage and the trait eventually becomes the sole type in the population.

“If advantages are cancelled out by concurrent disadvantages, these two colour types can be maintained, that’s balancing selection. Red forms are not as common in the wild, so the counterbalancing pressure reduces the advantage of being red.”

To view the full paper