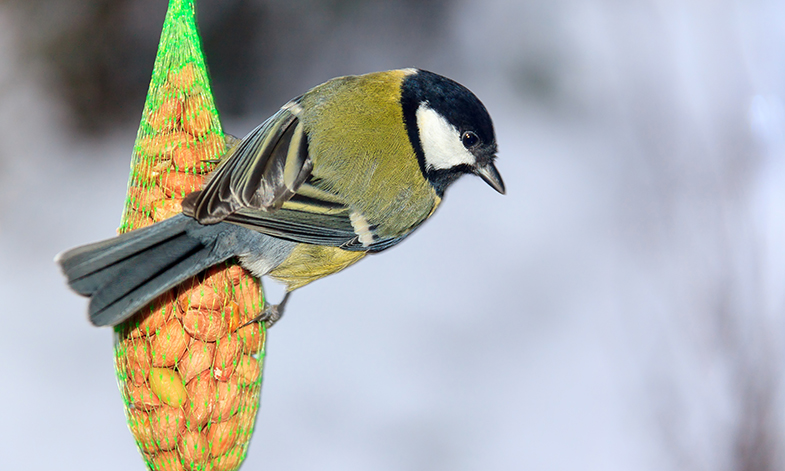 A British enthusiasm for feeding birds may have caused UK great tits to have evolved longer beaks than their European counterparts, according to new research.

The findings, published in Science, identify for the first time the genetic differences between UK and Dutch great tits which researchers were then able to link to longer beaks in UK birds.

Using genetic and historical data, the research team also found that the differences in beak length had occurred within a relatively short time frame. This led them to speculate that there may be a link with the relatively recent practice of putting out food for garden birds.

The research is an international collaboration involving researchers from the Netherlands Institute of Ecology and the Universities of Wageningen, Oxford, Exeter, East Anglia, Sheffield.

The findings are part of a long term study being carried out on populations of great tits in Wytham Woods, and in Oosterhout and Veluwe, in the Netherlands. The team screened DNA from more than 3000 birds to search for genetic differences between the British and the Dutch populations. These differences indicate where natural selection might be at work.

The specific gene sequences which had evolved in the British birds were found to closely match human genes known to determine face shape.

There were also strong similarities with genes identified with beak shape in Darwin’s study of finches – one of the best-known examples of how physical traits have adapted to different environments in the wild. This led the researchers to think that great tit beaks were evolving by natural selection in British great tits, perhaps in response to the widespread use of bird feeders.

Researchers at Oxford University have been studying the Wytham Woods great tit population in Oxfordshire for 70 years and so the team had access to a wealth of historical data which clearly showed that the British great tits’ beaks were getting longer over time. They were also able to access data from electronic tags fitted to some of the Wytham Woods birds, which enabled them to track how much time was spent at automated bird feeders.

“Between the 1970s and the present day, beak length has got longer among the British birds. That’s a really short time period in which to see this sort of difference emerging,” said Professor Jon Slate, of the Department of Animal and Plant Sciences at the University of Sheffield.

“We now know that this increase in beak length, and the difference in beak length between birds in Britain and mainland Europe, is down to genes that have evolved by natural selection.”

The team also found that birds with genetic variants for longer beaks were more frequent visitors to the feeders than those birds which did not have that genetic variation.

“In the UK we spend around twice as much on birdseed and birdfeeders than mainland Europe – and, we’ve been doing this for some time.In fact, at the start of the 20th century, Punch magazine described bird feeding as a British national pastime,” said Dr Lewis Spurgin, of the School of Biological Sciences at the University of East Anglia (UEA).

“Although we can’t say definitively that bird feeders are responsible, it seems reasonable to suggest that the longer beaks amongst British great tits may have evolved as a response to this supplementary feeding.”

The team carried out further investigations into the gene with the strongest association with beak length and confirmed that British birds with the longer-beaked gene variants were more successful at reproducing in the UK but not in the Netherlands, giving even more evidence that natural selection is at work in the UK population.

“It’s certainly true that birds who have adapted to better access food will be in better condition generally, and so better able to reproduce and outperform others without that adaptation”, said Dr Spurgin.

The researchers have already started to follow up the study by looking at DNA samples from great tit populations across Europe and their initial evidence suggests that the longer beak genetic variants are specific to the UK.

Dr Mirte Bosse, of the Netherlands Institute of Ecology and Wageningen University, and co-first author of the paper, explains: “The way we’ve detected evolutionary differences in the wild is unique. It was the genome that led the way. That this is possible for a trait influenced by so many genes, holds many promises for future discoveries.” 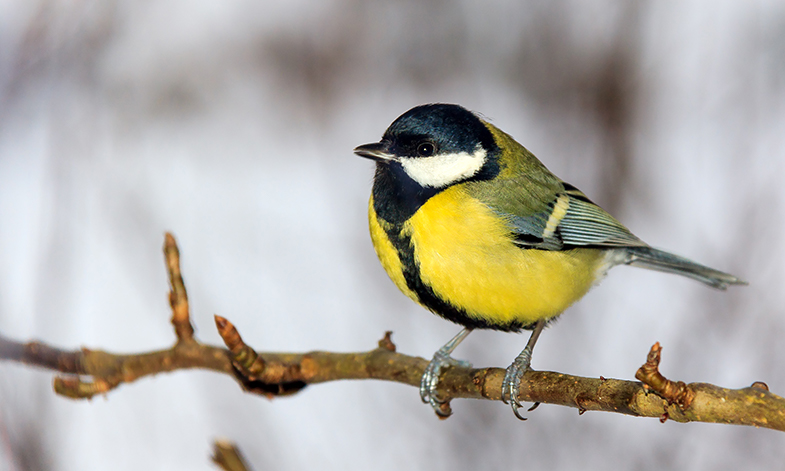