University Professor named first ever chair of Orthoptics in the UK

Helen Davis from the Faculty of Medicine, Dentistry and Health at the University of Sheffield has been named as the first Professor of Orthoptics in the UK.

Orthoptics is the investigation and management of disorders of binocular vision and eye movement defects. Thanks to Professor Davis, the University of Sheffield is one of only two institutions in the UK to offer an orthoptics degree course.

Professor Davis began her career as a clinical orthoptist at Manchester Royal Eye Hospital in 1979. After realising how much she enjoyed working with students, she went on to take her orthoptics teaching qualifications in 1982, becoming a senior teacher in 1984. She joined the University of Sheffield in 1991 as a senior lecturer and launched the highly coveted orthoptics degree programme.

Professor Davis said: "Working at the University gave me the scope to explore new ways of teaching and learning and introduce technology to improve the student experience. It also enabled me to meet researchers from other departments most notably the Department of Psychology which led to the design of a new clinical test now used in eye clinics worldwide.

"Over the last 20 years I have been able to participate in the development of the profession of orthoptics. I was awarded a fellowship of the British and Irish Orthoptic Society in 2010 and I have enjoyed playing a key role in our regulatory body- the Health Professions Council.

"Whilst it has been hard work I have thoroughly enjoyed the variety of experiences and opportunities availed to me. To receive the first chair in Orthoptics in the UK is indeed an honour for me personally and also recognition for the work of my colleagues and the academic standing of the profession."

The Faculty of Medicine, Dentistry and Health is committed to the development and progress of women in Medicine, Dentistry and Health as part of its Excellence through inclusion action plan. This year the Faculty is working towards the Athena Swan Award which recognises and celebrates good employment practice for women working in science, engineering and technology in higher education and research.

Pro-Vice-Chancellor for the Faculty of Medicine, Dentistry and Health, Professor Tony Weetman said: "I am delighted that Helen has become the first Professor of Orthoptics in the UK. She has made a major academic contribution to this clinical specialty, which deals with the diagnosis and treatment of disorders of eye movement and visual coordination across the age spectrum.

"We are proud to have one of only two Orthoptics courses in the UK here in Sheffield and the high level of satisfaction that students have with their course is down to the dedication and commitment of Helen and her team."

Notes for Editors: For more information about Orthoptics at the University of Sheffield visit Orthoptics

With nearly 25,000 students from 125 countries, the University of Sheffield is one of the UK's leading and largest universities. A member of the Russell Group, it has a reputation for world-class teaching and research excellence across a wide range of disciplines.

The University of Sheffield has been named University of the Year in the Times Higher Education Awards for its exceptional performance in research, teaching, access and business performance. In addition, the University has won four Queen's Anniversary Prizes (1998, 2000, 2002, 2007). These prestigious awards recognise outstanding contributions by universities and colleges to the United Kingdom's intellectual, economic, cultural and social life. Sheffield also boasts five Nobel Prize winners among former staff and students and many of its alumni have gone on to hold positions of great responsibility and influence around the world.The University's research partners and clients include Boeing, Rolls Royce, Unilever, Boots, AstraZeneca, GSK, ICI, Slazenger, and many more household names, as well as UK and overseas government agencies and charitable foundations. 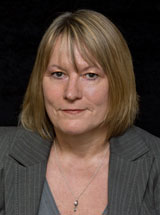