Hidden Perspectives: Bringing the Bible Out of the Closet 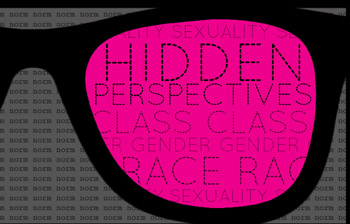 A ground-breaking project at the University of Sheffield is tackling the fraught relationship between religion and homosexuality by challenging traditional readings of the Bible.

The project, entitled Hidden Perspectives, launches this week (11 April 2013) and is aiming to challenge the assumptions often made in mainstream and scholarly readings of the Bible to explore the implications for lesbian, gay, bisexual and transgender (LGBT) people, who can feel alienated from some religious groups by interpretations of the text.

The first major event is a daylong festival on Saturday 1 June at The Showroom Workstation during which cabaret acts, vocalists, poets, storytellers, artists and academics will offer re-readings, interpretations and re-appropriations of biblical stories or passages that have traditionally been read as ‘anti-gay’.

Students from the Department of Biblical Studies are working on the project, including the editor of the student and community led Hidden Perspectives blog, Emily Foster-Brown; talented artist Bethany Fenton, who will be exhibiting her work at the festival, and final year student, Madelaine Oakes, who will discuss the findings of her dissertation on the Bible and homosexuality at the festival. Local youth groups and organisations, such as Sheffield Fruitbowl, drama group Side by Side, Off the Scene and Sheffield Young Writers will also perform and display work at the event.

Dr Edwards said: “The rationale for the project is to resist dominant heteronormative perspectives (a viewpoint that expresses heterosexuality as a given instead of being one of many possibilities) and homophobic interpretations of the biblical text, but to do so without hostility - to open discussion rather than to close it down. The basic tenet is to create a project that offers other possibilities for reading the biblical text, and the aim is to resist interpretations that have proved harmful from an LGBT perspective rather than to denigrate faith. The project is timely and topical given the recent government consultation on equal civil marriage and the fierce debate provoked by the Church of England response.”

Broadway cabaret act, Dominic Mattos, who will perform at the Hidden Perspectives festival as ‘Angel Gaybrial’, explained his reasons for being involved in the project: “Sheffield has always been at the forefront of modern Biblical Interpretation. The Hidden Perspectives Project continues this tradition, examining the often surprising ways in which the bible permeates society and culture. As a cabaret performer and publisher of Biblical Studies books how could I resist the opportunity to dress up as an angel and do a show about the bible and popular music? It also gives me an excuse to dress up as an angel.”