How our plants have turned into thieves to survive

Scientists have discovered that grasses are able to short cut evolution by taking genes from their neighbours.

The findings suggest wild grasses are naturally genetically modifying themselves to gain a competitive advantage.

Understanding how this is happening may also help scientists reduce the risk of genes escaping from GM crops and creating so called “super-weeds” - which can happen when genes from GM crops transfer into local wild plants, making them herbicide resistant.

Since Darwin, much of the theory of evolution has been based on common descent, where natural selection acts on the genes passed from parent to offspring. However, researchers from the Department of Animal and Plant Sciences at the University of Sheffield have found that grasses are breaking these rules. Lateral gene transfer allows organisms to bypass evolution and skip to the front of the queue by using genes that they acquire from distantly related species.

“They are acting as a sponge, absorbing useful genetic information from their neighbours to out compete their relatives and survive in hostile habitats without putting in the millions of years it usually takes to evolve these adaptations.”

Scientists looked at grasses - some of the most economically and ecologically important plants on Earth including many of the most cultivated crops worldwide such as: wheat, maize, rice, barley, sorghum and sugar cane.

The paper, published in the journal Proceedings of the National Academy of Sciences, explains how scientists sequenced and assembled the genome of the grass Alloteropsis semialata.

Studying the genome of the grass Alloteropsis semialata - which is found across Africa, Asia and Australia – researchers were able to compare it with approximately 150 other grasses including rice, maize, millets, barley and bamboo. They identified genes in Alloteropsis semialata that were laterally acquired by comparing the similarity of the DNA sequences that make up the genes. 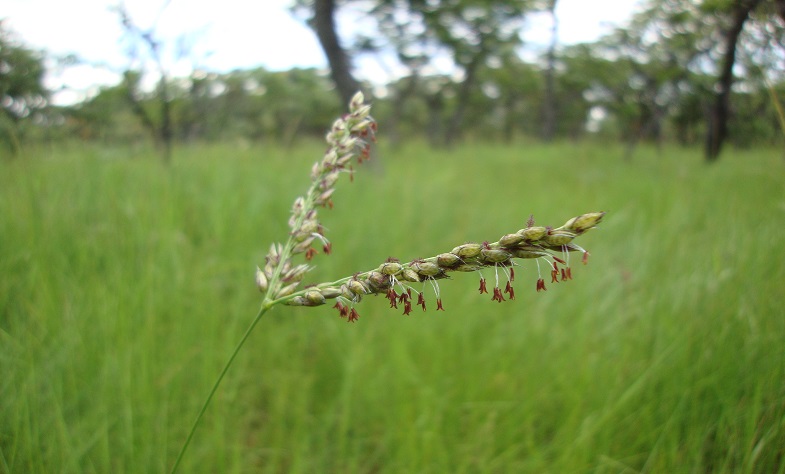 “We also collected samples of Alloteropsis semialata from tropical and subtropical places in Asia, Africa and Australia so that we could track down when and where the transfers happened,” said Dr Dunning.

“Counterfeiting genes is giving the grasses huge advantages and helping them to adapt to their surrounding environment and survive – and this research also shows that it is not just restricted to Alloteropsis semialata as we detected it in a wide range of other grass species.”

“This research may make us as a society reconsider how we view GM technology as grasses have naturally exploited a similar process.

“Eventually, this research may also help us to understand how genes can escape from GM crops to wild species or other non-GM crops, and provide solutions to reduce the likelihood of this happening.

“The next step is to understand the biological mechanism behind this phenomenon and we will carry out further studies to answer this.”