Imaging and modelling the brain to help earlier dementia diagnosis

A major European project, led by the University of Sheffield, will develop sophisticated image-based biophysical models of the human brain to enable early diagnosis of dementia and help doctors predict the progression of the disease. 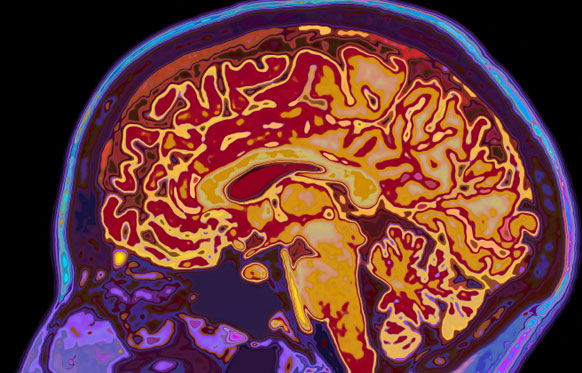 The model will be the first to combine a wide range of physiological data from medical imaging – such as blood flow, brain tissue properties and cellular activity – with psychological measures such as memory and cognitive function. It will also bring in demographic, genetic, lifestyle and environmental factors, making it much more sensitive than existing diagnostic tools.

The aim is to develop a way for doctors to identify at an early stage – before obvious symptoms appear – not only whether a patient has or is developing dementia, but which form of dementia it is. Diagnosis of the most common form of dementia – Alzheimer’s – in the UK still takes an average of 32 months after symptoms are first noticed compared to 20 months in Europe as a whole.[1]

“We currently rely on basic cognitive tests and conventional brain scans for diagnosis of dementia but these aren’t good enough to recognise the disease at an early stage,” explains the project’s scientific director, Professor Alex Frangi, from the University’s Faculty of Engineering.

“If we can identify a much wider range of markers which provide better and earlier diagnosis, then that gives doctors time to delay the progression of the disease. This would be not only improving patients’ quality of life, but it would also reduce the burden on carers and the enormous costs of supporting people with dementia.”

Over 800,000 people have dementia in the UK alone, with numbers expected to rise to over a million by 2021. The Alzheimer’s Society calculates the cost of dementia to the UK in 2012 was £23 billion.

Less than half of those with the disease in the UK are properly diagnosed.[2] The engineers, scientists and clinicians who together hope to tackle this issue will draw on historical data from over 20,000 patients across Europe to build their model. In addition, three studies will gather new data from 150 patients to test hypotheses on contributory factors for the disease.

One of these studies will take place in Sheffield and will involve a new brain imaging technique which can identify changes in the elasticity and rigidity of brain tissue.

Iain Wilkinson, Professor of Magnetic Resonance (MR) Physics in the University’s Faculty of Medicine, Dentistry and Health, explains: “The temporal lobes, part of the brain affected in Alzheimer’s, lose tissue as the disease progresses. Their rigidity or ‘softness’ is likely to alter as part of this process before the tissue loss occurs. A technique called MRI elastography, developed to scan for these properties in liver tissue, is being adapted by colleagues in the UK and Switzerland for use in the brain. We’ll be applying this technique with patients in Sheffield, to see if it could be used in the model to help earlier diagnosis.”

The research will also take into account the possible impact of other diseases on the onset of dementia, particularly those such as diabetes and lung disorders.

“Changes in the vascular system, such as the amount of blood flow from the brain, may be
a factor in dementia,” says Professor of Clinical Translational Neuropsychology, Annalena Venneri, also from the Faculty of Medicine, Dentistry and Health. “These changes can be caused by diabetes or respiratory illnesses – so we want to see if we can use this in diagnosing dementia. The strength of our model is that it will be able to draw useful information from so many different variables and factors to make the diagnosis more definitive and more specific.”

The four-year, €18 million project is funded through the European Union and involves universities and industrial partners from the UK, France, Germany, Switzerland, Finland, Spain, Norway, Austria, the Netherlands and Portugal. The research in Sheffield will involve the University’s Faculty of Engineering and Faculty of Medicine, Dentistry and Health, in collaboration with the Sheffield Teaching Hospitals NHS Foundation Trust.

The project is one of several underway at the University of Sheffield aiming to create a ‘virtual physiological human’ – a computer model of a patient which can be personalised to test potential treatments. The University’s INSIGNEO Institute for In-Silico Medicine is one of the major European hubs for this field of research.

1. Remember those who cannot, report to the European Parliament 17-21 September 2007 by Alzheimer Europe, p7 – comparative figures on delays in dementia diagnosis.

Also involved are companies and research establishments from Finland, France, Germany, Norway, The Netherlands, Switzerland, Portugal and Austria. In addition to the University of Sheffield who will be leading the image computing and image-based brain tissue properties assessment, the Eidgenössische Technische Hochschule (ETH) Zurich and King’s College London (KCL) will lead on advanced medical imaging.

The Insigneo Institute for in silico Medicine
The institute is a collaborative initiative between the University of Sheffield and Sheffield Hospitals NHS Foundation Trust. It is a multi-disciplinary institute involving over 80 academics and clinicians who collaborate to develop computer simulations of the human body and its disease processes that can be used directly in clinical practice to improve diagnosis and treatment. This is probably the most sophisticated application of computing technology in healthcare, and Sheffield has become the UK’s main centre for this work.
http://insigneo.org/

The University of Sheffield has been named University of the Year in the Times Higher Education Awards 2011 for its exceptional performance in research, teaching, access and business performance. In addition, the University has won four Queen’s Anniversary Prizes (1998, 2000, 2002, 2007), recognising the outstanding contribution by universities and colleges to the United Kingdom’s intellectual, economic, cultural and social life. One of the markers of a leading university is the quality of its alumni and Sheffield boasts five Nobel Prize winners among former staff and students. Its alumni have gone on to hold positions of great responsibility and influence all over the world, making significant contributions in their chosen fields. Research partners and clients include Boeing, Rolls-Royce, Unilever, Boots, AstraZeneca, GSK, ICI, Slazenger, and many more household names, as well as UK and overseas government agencies and charitable foundations.

The University has well-established partnerships with a number of universities and major corporations,
both in the UK and abroad. Its partnership with Leeds and York Universities in the White Rose Consortium has a combined research power greater than that of either Oxford or Cambridge.