Destruction of bird habitats in the wild is forcing ever shrinking populations to inbreed putting the futures of whole species at risk, University of Sheffield scientists have warned. 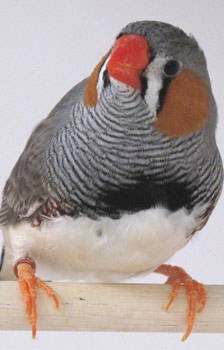 New research carried out by academics in the University’s Department of Animal and Plant Sciences suggests scientists across the world have grossly underestimated the damaging impact inbreeding is having on birds.

The scientists, the first to analyse the effects of inbreeding on the early stages of development, discovered that inbreeding – when closely related individuals mate – led to up to 75 per cent of embryos dying; much more than previously thought.

Dr Nicola Hemmings of the University’s Department of Animal and Plant Sciences said: “Inbreeding is a huge problem for many bird species around the world, particularly critically endangered species with small population sizes. Our research shows inbreeding may have even worse consequences for species survival than previously thought.

“Over generations the population may become more and more inbred. This is bad because with less genetic variation, there's more chance of problems such as health defects.”

Captive breeding programs and conservation hold the key to the survival of species and reduce inbreeding by avoiding pairing related individuals though introducing more genetic variation into populations; for example moving individuals from other populations.

Dr Hemmings added: “Our study shows that the negative effect of inbreeding on survival is strongest during embryo development. In other words, death caused by inbreeding is at its highest during the embryonic stage.”

The paper has been published in the journal Nature Communications.