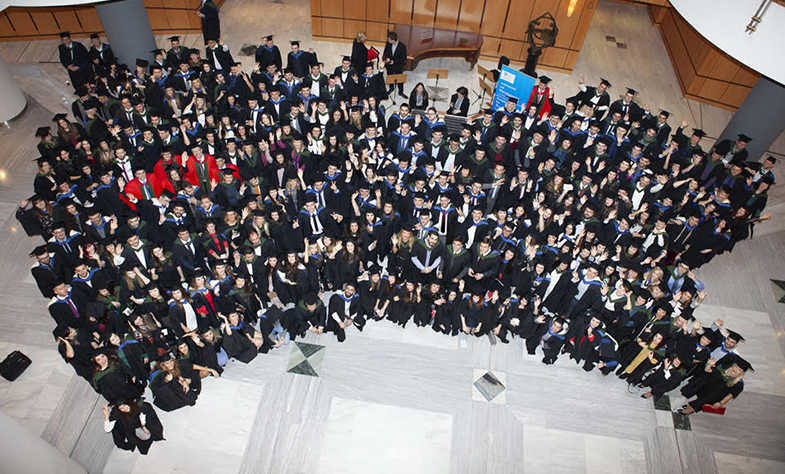 The University of Sheffield celebrated the graduation of more than 260 students from its International Faculty in Thessaloniki at a special ceremony this week (24 November 2018). 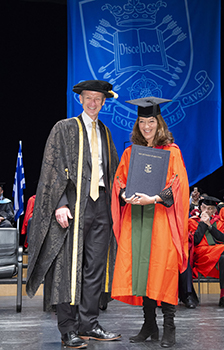 Multiaward-winning and bestselling author, Victoria Hislop, and the Mayor of Thessaloniki Yiannis Boutaris, were also awarded honorary Doctors of Letters alongside the talented students celebrating their degrees and diplomas.

Victoria Hislop is known worldwide for writing about Greece, its history and its culture. Her debut novel, The Island, was filmed as a 26-part series which achieved record ratings for Greek television.

Her third novel, The Thread, focuses on the city of Thessaloniki and its people whilst her most recent book, Cartes Postales from Greece, has been described as her love letter to the country.

She is an ambassador for the international charity Lepra and for the UK’s National Literacy Trust.

Yiannis Boutaris is now in his second term as the elected Mayor of Thessaloniki.

Trained as a chemist and in oenology, he led the family wine business for many years before entering politics.

He has been widely honoured for his contributions to community and international relations and his commitment to Greek culture and the environment.

The University of Sheffield’s Vice-President for Education, Professor Wyn Morgan, presented the diplomas and degrees alongside Provost and Deputy Vice-Chancellor, Professor Gill Valentine and the Principal of the International Faculty CITY College, Yannis Ververidis, at the Thessaloniki Concert Hall.

Her Excellency Kate Smith, British Ambassador to Greece attended the event and addressed the students before the ceremony. 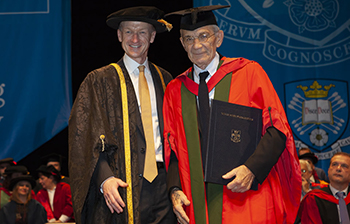 Two prestigious Senate Awards were also presented at the ceremony to Professor Petros Kefalas, the Vice-Principal for Teaching and Learning at CITY College and Ms Anna Sotiriadou, Head of the Computer Science Department at CITY College.

“Our successful partnership with our colleagues in Greece began almost 25 years ago and it is wonderful to see the graduation of more than 260 students this year.

“The University now has many hundreds of alumni across the Mediterranean and Balkans region who have gone on to play key roles in business and wider society.”