One of the world’s most respected and influential economists, Dr Jim O’Neill, will receive an honorary degree from the University of Sheffield next week (Monday 21 July 2014 to Friday 25 July 2014). 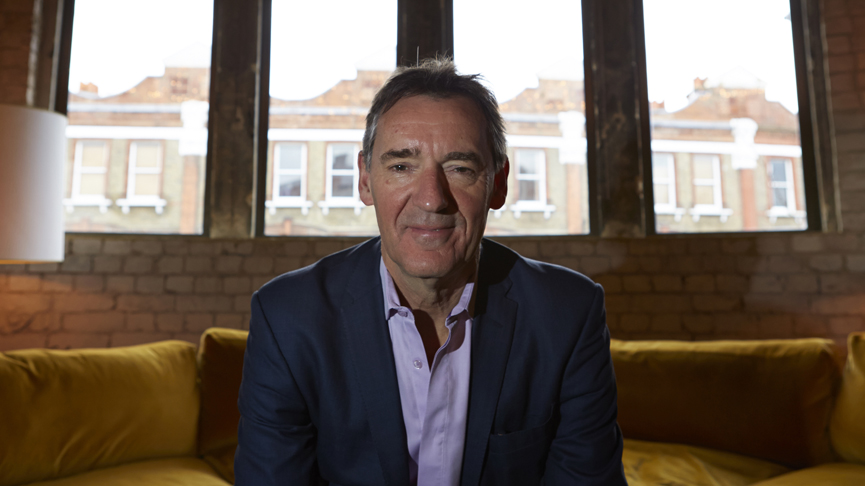 Dr O'Neill, who will be awarded a Doctor of Letters, is one of ten recipients who will be recognised for their outstanding contribution to their chosen fields and, or, significant personal achievements during this year’s graduation ceremonies.

The former chairman of Goldman Sachs Asset Management and alumnus of the University’s Department of Economics is best known for coining the acronym BRIC, which predicted that Brazil, Russia, India and China would become the next major global economic forces.

He has also recently been appointed by the government to lead a panel of experts examining research into the development of new antibiotic drugs – a subject being tackled by the University’s Florey and Imagine Institutes.

Dr O’Neill and his nine fellow esteemed recipients will receive their accolades as 5,175 degrees are conferred from the University’s Faculties of Medicine, Dentistry and Health, Engineering, Social Sciences, Arts and Humanities, Science and the International Faculty and Board of Extra Faculty Provision this summer.

Award-winning journalist and author Paul Mason, who spent 12 years at BBC2’s flagship programme Newsnight first as Business Editor and then as Economics Editor, will also be honoured with a Doctor of Letters.

Mr Mason joined Channel 4 News as Culture and Digital Editor last year, before being appointed Economics Editor earlier this year. He has won a Wincott Award for Business Journalism and the Diageo African Business Reporting Award.

Other recipients include the Duke of Devonshire, who is honorary patron of the Sheffield Institute Foundation for Motor Neurone Disease, which helped to establish the Sheffield Institute for Translational Neuroscience at the University, and Kathryn Riddle, the first woman to be a Pro-Chancellor and Chair of the Council of the University of Sheffield before retiring from these roles in 2013.

Professor Sir Keith Burnett, Vice Chancellor of the University of Sheffield, said: "We are delighted to award honorary degrees to such eminent individuals who have made such a significant contribution to their fields.

"People such as Jim O'Neill, the eminent economist and advisor to governments around the world, are a proud examples of how Sheffield graduates go on to make a powerful contribution to the world.

"In many fields, our honorary graduates inspire our students of what is possible, and remind them that the world is their oyster as they go on to develop their own careers and act as a force for great good in communities and countries all over the world."

Meanwhile, internationally renowned film, television and theatre writer Lucy Prebble will be presented with the Professor Robert Boucher Distinguished Alumni Award, which is awarded to former students as an acknowledgement of their outstanding professional achievements and success.

Miss Prebble, a graduate of the University’s School of English, wrote critically-acclaimed play ENRON, which transferred to the West End and Broadway after sell-out runs at the Royal Court and Chichester Festival Theatre.

Her latest play, The Effect, a study of love and neuroscience, won the Critics Circle Award for Best New Play 2013 and was performed at the National Theatre. She is also the creator of ITV series The Secret Diary of a Call Girl.

Professor Nicholas Hastie is the Director of the Medical Research Council Human Genetics Unit and Director of the Institute of Genetics and Molecular Medicine in Edinburgh. The Institute, with its international multi-disciplinary staff of over 500 and a wide range of research programmes is at the world forefront of discovering the biological basis of what keeps us alive and well and what makes us become ill. Professor Hastie was elected a Fellow of the Royal Society in 2002 and became a Commander of the British Empire in 2006 for Services to Science. He received the Genetics Society Medal in 2008.

Dr Jim O’Neill is one of the world’s most respected and influential economists. He is a former Chairman of Goldman Sachs Asset Management and former Head of Global Economic Research at Goldman Sachs. He is best known for coining the acronym BRIC, which predicted that Brazil, Russia, India and China would become the next major global economic forces. He is Chairman of the educational charity SHINE and the City Growth Commission, the independent body which advises how to stimulate growth outside London. He has recently been appointed by the government to lead a panel of experts examining reasons for the lack of research into the development of new antibiotic drugs.

Kathryn Riddle (BA Sociology 1967, LLB Law 1986) was the first woman to be a Pro-Chancellor and Chair of the Council of The University of Sheffield, retiring from these roles in 2013. Today she chairs Health Education Yorkshire and the Humber, with responsibility for the transformation of the NHS workforce within the region, having held several strategic leadership roles within the NHS in the north of England. A former High Sheriff of South Yorkshire, she is currently a Deputy Lieutenant of the county. She was awarded an OBE in 2010 for services to higher education and health.

Graeme Barker is Disney Professor of Archaeology at Cambridge University, and a former member of staff at Sheffield. He is one of the world’s leading archaeologists, uniquely working on many past eras and in many parts of the world, including the deserts of North Africa and the Middle East and the rain forests of Sarawak. Foremost amongst his major contributions is work showing how humankind has adapted to climate change in the past and the lessons this can have for us today.

A graduate of the University of Sheffield (BA Law 1981), Paul Firth is one of the UK’s leading property lawyers and has also played a major role in transforming a local Sheffield law practice to becoming one of the largest global law firms today, DLA Piper. He has also given distinguished pro bono service to Sheffield and its region, most especially as one of this University’s Pro-Chancellors, as Chair of Creative Sheffield and of the Sheffield Children’s Hospital Charity Trust.

Professor Donal Bradley, a former member of staff of The University of Sheffield, is distinguished for his discoveries and exploitation in the field of plastic electronics. He is presently Vice-Provost for Research at Imperial College, London and Director of the large Centre for Plastic Electronics at the College. His publications have made him one of the most highly-cited physicists in the world.

Named ‘Glass Person of the Year’ in 1999, when she received the prestigious Phoenix Award, Alev Yaraman is an acknowledged expert in glass science and technology in both her home country of Turkey and internationally. She is a graduate of The University of Sheffield (MSc Glass Technology 1971). Under her leadership, research and development at the major Turkish glass producer Şişecam flourished and her 40-year association with the company continues as she is a member of the Board of Directors. She was President of the International Commission on Glass in 2003–06, and is a Fellow of the Society of Glass Technology.

A great supporter of many local and national charities, the Duke played a key role as Honorary Patron of the Sheffield Institute Foundation for Motor Neurone Disease. The charity helped to establish the Sheffield Institute for Translational Neuroscience at the University. He is committed to preserving and enhancing Chatsworth House, one of the most visited stately homes in the country, for future generations. He was awarded a CBE for services to racing in 1997 and was made a Knight Commander of the Royal Victorian Order in 2009 for his services as Her Majesty’s Representative at Ascot. He is the Chancellor of the University of Derby.

Paul Mason is an award winning distinguished journalist and author. He spent twelve years at BBC2’s flagship programme Newsnight first as Business Editor and then as Economics Editor. Last year he joined Channel 4 News as Culture and Digital Editor before being appointed Economics Editor earlier this year. He has won a Wincott Award for Business Journalism and the Diageo African Business Reporting Award. He’s twice been nominated for the Orwell Prize. Paul is author of three books, including the influential ‘Why It’s Kicking Off Everywhere: The New Global Revolutions.’

A graduate of The University of Sheffield, John Chew Hiang Chea (PhD Biblical Studies 1983) was the Dean and Principal of Singapore's Trinity Theological College before his appointment as Metropolitan Archbishop of the Province of South East Asia, which consists of the Dioceses of West Malaysia, Singapore, Kuching and Sabah. He also served as Bishop of Singapore, retiring from both positions in 2012. He has a particular commitment to the Church in China and Trinity Theological College was one of the major colleges where candidates from China were sent for in-service post-graduate education and training in the earlier days.