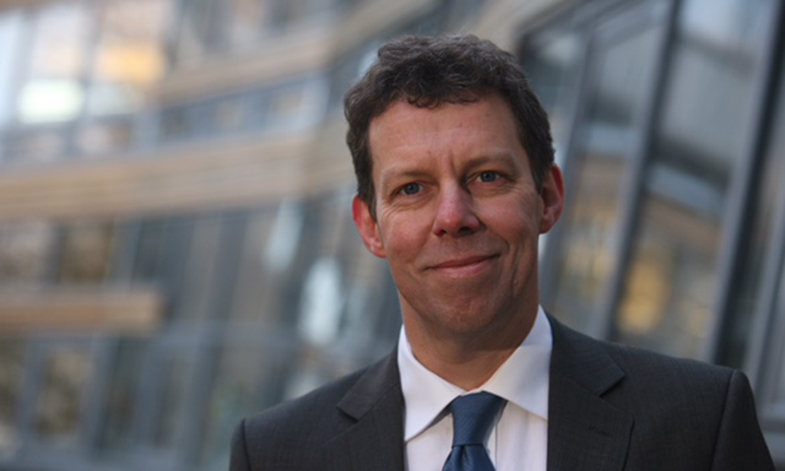 The University of Sheffield has today (Tuesday 26 June 2018) announced the appointment of Professor Koen Lamberts as its next President and Vice-Chancellor.

Professor Lamberts, an exceptional leader in higher education, is currently Vice-Chancellor and President of the University of York.

Speaking of his appointment, Professor Koen Lamberts said: "I feel enormously privileged to be appointed President and Vice-Chancellor of the University of Sheffield.

"Sheffield is known across the world for the excellence, impact and distinctiveness of its research and teaching, and for being a university which speaks fearlessly for the value of international scholarship to transform lives for the better.

"I am committed to working with colleagues to further enhance Sheffield's reputation as a global university which strives to solve society's greatest challenges at the same time as upholding its proud history, guided by its founding principles."

He added: “At its heart, Sheffield is a civic university for the 21st century and I am looking forward to working with partners in the Sheffield City Region.”

Professor Lamberts is a cognitive psychologist with an extensive track record in experimental and theoretical research on human perception and memory, for which he has been awarded prizes from the Experimental Psychology Society and the British Psychological Society.

Throughout his career he has held a number of significant leadership roles in higher education, including Chair of the N8 group of research-intensive universities in the north of England.

“This is an extremely important appointment for our University as we look to build further on our global reputation for world-changing research, inspirational teaching and a unique student experience.”

I am committed to working with colleagues to further enhance Sheffield's reputation as a global university which strives to solve society's greatest challenges at the same time as upholding its proud history, guided by its founding principles.

He added: “The University of Sheffield is a truly international community that continues to put civic commitment at its heart with a profound belief in the public benefit of providing excellent higher education in a research-intensive environment.

“We know Professor Lamberts shares these values and will work with an exceptional community of colleagues and students while proudly serving as an advocate and ambassador for our University, both at home and across the world.”

Professor Lamberts was born in Hasselt, Belgium, and undertook both his undergraduate and postgraduate studies at the University of Leuven, culminating in the award of his PhD in Psychology in 1992.

Professor Sir Keith Burnett said: "I am delighted that Professor Koen Lamberts will take up the role of President and Vice-Chancellor of this great University. In addition to his reputation as a scholar and educational leader, Koen has been a true advocate for the international community of scholars who together make such a profound difference for society here in the UK and around the world.

“He will lead an institution which is deeply committed to the public benefit of education and its power to transform people's lives. I could not be more pleased for the University and for him, and wish him the very best in his endeavours."

Professor Koen Lamberts is currently Vice-Chancellor and President of the University of York. He is Chair of the N8 Research Partnership and Chair of UKCISA's Board of Trustees. He is also Deputy Chair and a Board Member of the Russell Group, the York, North Yorkshire and East Riding Local Enterprise Partnership, the Outward Mobility Strategy Board, Universities and Colleges Employers Association, the White Rose University Consortium, the Worldwide Universities Network and Yorkshire Universities.

Professor Lamberts was born in Hasselt, Belgium. He holds undergraduate degrees in Philosophy (1985) and Psychology (1987) and a PhD in Experimental Psychology (1992) from the University of Leuven.

Professor Lamberts has a track record of experimental research into cognitive processes in perception, memory and decision making, and of mathematical and computational modelling of these processes. He has collaborated with commercial and industrial partners in applied research that has focussed on consumer behaviour and product design.

He was a recipient of the British Psychological Society’s Cognitive Award (1996) and of the Experimental Psychology Society Prize (1997).