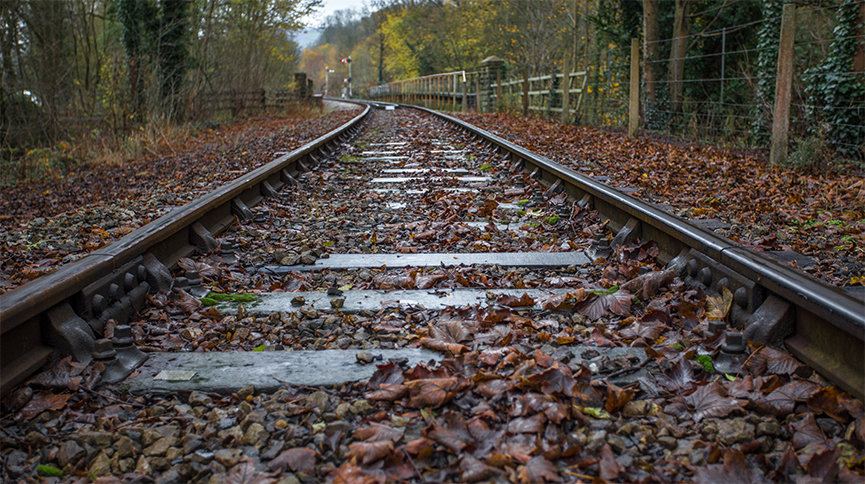 Researchers from the University of Sheffield, in collaboration with Icetech Technologies, have used dry ice to develop a new solution to the problem of leaves on the line, which cause delays, cancellations and timetable changes for rail passengers.

Millions of trees line the 20,000 miles of rail track in the UK, shedding an estimated 50 million leaves onto the tracks every autumn. As the leaves fall onto the rails, they are compacted under the weight of trains into a smooth, slippery layer sticking to the tracks and causing trains to lose their grip – the rail equivalent of black ice on the roads.

To compensate for these conditions, trains may travel at slower speeds with drivers braking earlier when approaching stations and signals and accelerating more gently to avoid wheel spin. Signalling systems can also be affected, as the electric currents used in tracks to detect trains are often affected by leaf contamination, leading rail companies to leave longer gaps between trains for safety reasons – adding to the delays and disruption.

While this is all in the interest of rail passenger safety, it leads to increased journey times, delays, cancellations and reduced timetables. According to the Rail Safety and Standards Board, autumn-related issues are estimated to cost the railway industry approximately £345 million per year and cause a huge inconvenience for the 1.7 billion people who travel by rail.

Professor Roger Lewis, from the University’s Department of Mechanical Engineering, is leading the research and explained: “The stopping distance of a train is mainly determined by the friction between the wheel and the rail itself (called adhesion). Where it takes a longer distance for a train to stop at speed, the issues are associated with low adhesion.

“The solution we have developed is a fully sustainable technology, using the CO₂ by-product from other industrial processes. It will provide more predictable braking and traction than current technology, and will help to improve train performance, reduce delays, increase passenger satisfaction and support the use of new technologies to enable greater network utilisation of the UK’s railways.” 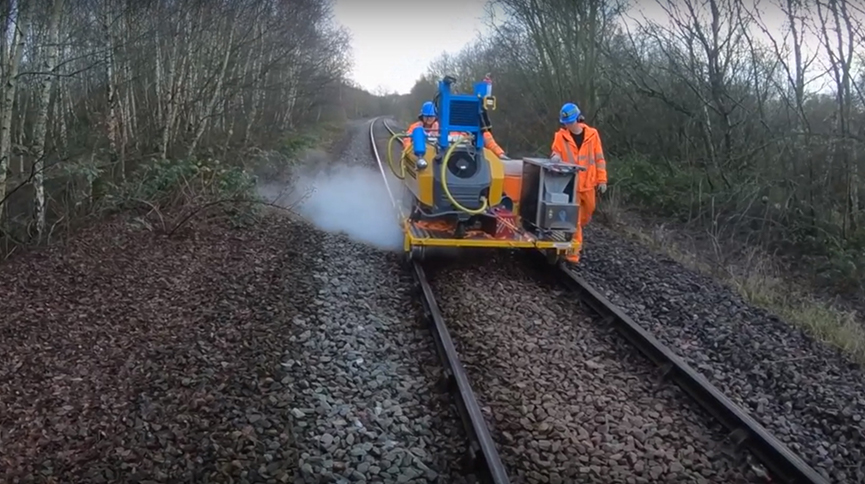 The current solution to addressing low adhesion on rail is to apply sand directly into the contact between the wheel and rail from an on-board system. This is applied automatically when the driver selects ‘emergency braking’ or when drivers experience adhesion loss.

Track cleaning processes are also in place during the autumn season to clear sections of railtrack, using high-pressure water jets and a gel containing a mix of sand and steel grains is laid onto the top of the rail after cleaning.

The new research, which has been developed and tested at the University of Sheffield, aims to develop new on-board technology that will assist trains with braking, as well as provide a separate rail cleaning system.

By using a cryogenic solution – or dry ice as it’s more commonly known – this approach will overcome problems relating to sand application as there is no residue, meaning that the particles cause no damage to the wheel or rail material. For cleaning purposes in particular, the use of dry ice will also negate issues of capacity on trains as large tanks of water would not be needed for cleaning. This means longer stretches of track can be cleaned by the dry ice approach and the system could even be incorporated into passenger trains, making it a more efficient option. 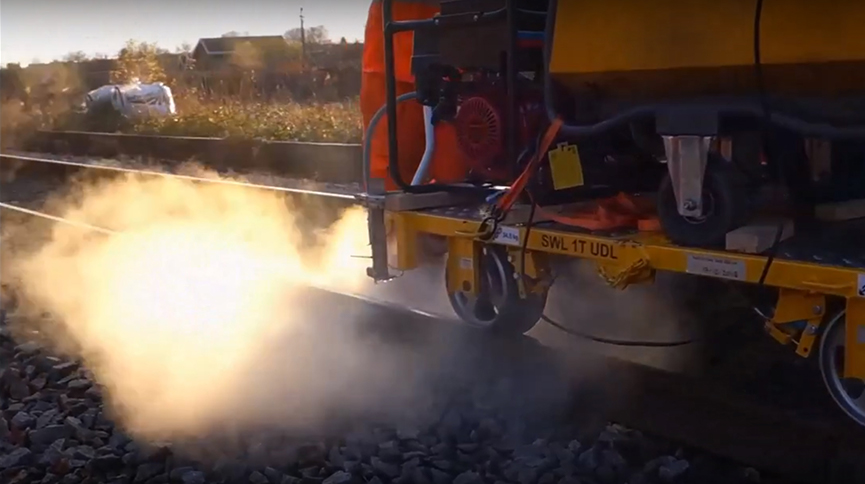 As part of the project, dry ice was trialled for use as a railhead cleaning agent in autumn 2018 on a low traffic freight line, and is being trialled during autumn 2019 on a selection of sites across the UK. Network Rail is interested in seeing the trial results.

The project has been championed by Arriva Rail North, who provided a grant from their Innovation Fund. This kick-started the on-track trials during autumn 2018 and the train operator promoted the project within the wider rail industry. The result was further financial support that has enabled further trials to be carried out on a select number of passenger lines during autumn 2019.

It has also received interest from Supertram in Sheffield.

The research was funded through a Small Business Research Initiative (SBRI) call, Rail Safety and Standards Board (RSSB), Arriva Rail North, Network Rail and the University of Sheffield.

Professor Roger Lewis was announced as a Research Chair by the Royal Academy of Engineering in March 2019 in recognition of his railway engineering research to help address challenges faced by the railway industry. His 5-year Chairship is sponsored by RSSB, an industry body that works to deliver a better, safer railway through research, standards and analysis.