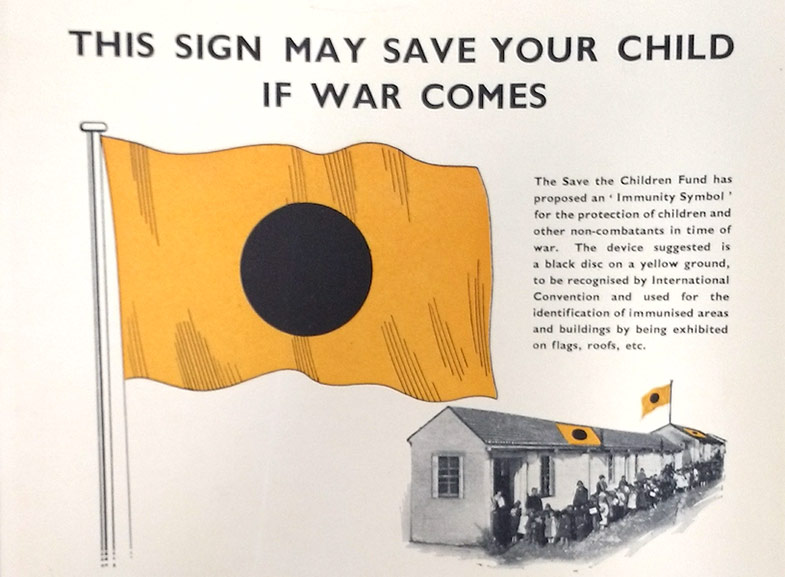 A new legal inquiry calling for urgent reforms to international law to protect millions of children trapped in war zones is launching today (2 November 2018) with the help of a historian from the University of Sheffield.

The Inquiry on Protecting Children in Conflict, chaired by the former UK Prime Minister Gordon Brown, is calling for immediate action to tackle attacks on schools, denial of humanitarian aid, sexual violence against children and other atrocities.

Headed by a leading British barrister, Shaheed Fatima QC, the legal report is calling for urgent and far-reaching reforms of international law to tackle a culture of impunity for attacks on children in war zones.

The inquiry, which has been launched amidst growing concern over the impact of war on children, is working with Dr Emily Baughan, a historian from the University of Sheffield who has conducted extensive research into the history of child welfare in wars throughout the 20th century.

Working as a historical advisor on the report, Dr Baughan’s research has identified what has been done in the past to try to protect children from war and why those efforts were either successful or not. 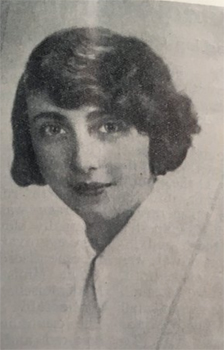 Dr Baughan’s research has provided the inquiry with insights into the failed 1939 Convention for the Protection of Children in Conflict – a plan to introduce special zones that would protect children from the Second World War – something which no one else has previously examined.

The first draft of this plan was penned by a now largely forgotten relief worker – Fritzi Small – one of Save the Children’s first female aid workers who worked alone on behalf of the organisation in Ethiopia during the Italian invasion in 1935 and in the Spanish Civil War in 1936-37.

Dr Emily Baughan, who also teaches in the University of Sheffield’s Department of History, said: “The nature of conflict is once again shifting so we need to update international law to reflect these changes in order to improve the way we protect children who are surrounded by war zones.

“My research shows that previous attempts to update child protection conventions also followed from shifts in the nature of conflict, however some of these attempts were nowhere near successful. We need to learn from these mistakes, as well as from the examples of when plans were successful, to ensure we can protect the millions of children who are currently trapped by war.”

The Inquiry on Protecting Children in Conflict has highlighted recent episodes of the impact of war on children. These include:

The inquiry’s report, which will be launched at an event in London today (2 November 2018) by Mr Brown, Shaheed Fatima QC and former UN High Commissioner for Human Rights Zeid Ra’ad al Hussein, calls for immediate reforms to international humanitarian and human rights law to end the war on children.

The proposals include giving schools the same protection as hospitals, making clear that a denial of humanitarian access will always be unlawful where it may lead to the starvation of civilians, and obliging states to take positive measures to prevent sexual violence against children.

In the longer term, the report recommends that the international community consider adopting a comprehensive legal instrument and civil accountability mechanism governing the protection of children in armed conflict.

Dr Baughan’s research has provided the report with four points on the historical context of protecting children from war. These are:

Today, an estimated 350 million children – one child in every six – live amidst conflict, an increase of 75 per cent from the 200 million of the early 1990s. UN data shows an increase in reports of grave violations against children in war zones, including the killing and maiming of children, attacks on schools and hospitals, abduction, and denial of humanitarian assistance.

The inquiry’s 500-page report analyses legal provisions and institutions, including the Geneva Conventions, the Convention on the Rights of the Child and the Rome Statute, which set up the International Criminal Court. It concludes that the international system of rules designed to uphold the rights of civilians in war is failing to protect children living in conflict-affected countries.

The final report of the inquiry, Protecting Children in Armed Conflict, was written by a legal panel led by Shaheed Fatima QC (Barrister, Blackstone Chambers, London), and benefited from the input of an expert advisory group of individuals and organisations.

The report has been published by Hart / Bloomsbury and is available to purchase here:

The legal report of the Inquiry sets out far-reaching reform proposals. In addition to calling for a drive to increase the number of states ratifying key instruments like the Rome Statute and the Additional Protocols to the Geneva Conventions, it makes detailed recommendations aimed at clarifying or strengthening the architecture for protecting children.

These include the following proposals:

The inquiry warns that, even where there are existing substantive protections for children in conflict, lack of compliance and lack of enforcement is undermining accountability.

The report therefore calls for greater efforts to secure more widespread ratification of existing accountability mechanisms, including the Optional Protocol to the Convention on the Rights of the Child and the Rome Statute of the International Criminal Court, and it calls for greater domestic implementation of international law.

A single instrument and adjudicative body

The report also suggests a single, new international instrument aimed at consolidating and clarifying existing provisions in humanitarian law and human rights law relating to children in armed conflict with the express purpose of strengthening protection.

“Having one instrument, instead of the multiple, existing instruments, would make existing international humanitarian law and human rights law clearer and simpler,” Ms. Fatima commented. “This, in turn, will make it easier to disseminate and explain the law, especially to non-state armed groups, and to enforce it.”

Ms. Fatima argues that a single instrument protecting children in armed conflict would also improve accountability, by giving one international, civil body the jurisdiction to receive complaints regarding violations of the norms covered. There is no such body at present. One possibility would be for a strengthened Committee on the Rights of the Child, the body that oversees the Convention on the Rights of the Child, to take on that role.

The report has been endorsed by eminent international lawyers, academics, activists and military advisors. Kevin Watkins, CEO of Save the Children UK, said: “Beyond the razor sharp legal analysis, this book is a call to action for governments, international agencies, the UN and non-government organisations. It should be mandatory reading for anyone concerned to see the rule of international law applied to the benefit of the millions of children living in war zones.”

Helle Thorning-Schmidt, CEO of Save the Children International, said: “In war zones around the world, grave violations of children's rights continue to be carried out with impunity. This is an important and timely contribution to the debate on how to hold perpetrators to account, and uphold the rules that are designed to keep children safe.”

The Director to the inquiry is Andrew Hilland.

The members of the Legal Panel and Contributors to the final report are:

The Consultants to the Legal Panel are: